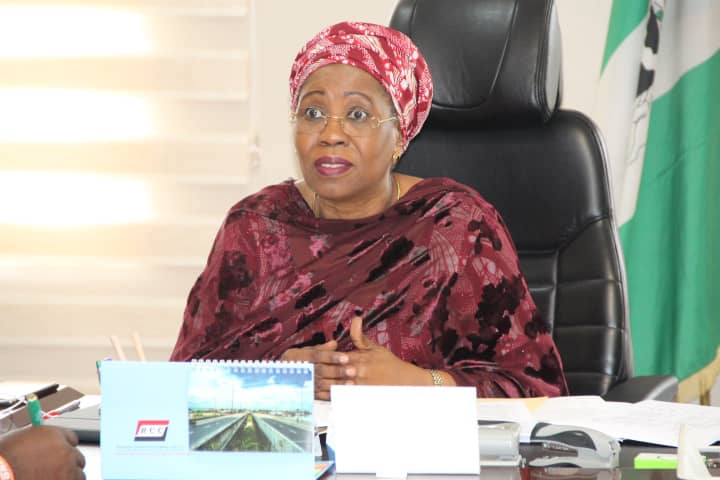 Amb. Mariam Katagum, the Minister of State for Industry, Trade and Investment says the Federal Government is committed to the development of Micro, Small and Medium Enterprises (MSMEs) for enhanced contribution to national economy.

The minister made this known at the Memorandum of Understanding (MoU) signing ceremony between Nigeria Entrepreneurs Forum (NEF) and the Organisation of Women in International Trade (OWIT) on Friday in Abuja.

It was reported that the presidents of the two bodies signed the MoU at the Federal Ministry of Industry, Trade and Investment (FMITI).

The MoU is for data and information sharing for joint implementation of women related projects, training and funding for women owned enterprises as well as policy advocacy, among others.

According to the minister, the Federal Government gives special attention to the growth and development of the MSMEs sector with special emphasis on women-owned enterprises.

The minister, who was represented by Mr John Opaluwa, the Deputy Director, Industrial Development Department in the ministry, said Federal Government was positioning the MSMEs for global competitiveness through effective implementation of policies and programmes.

“The critical role MSMEs play in the development of the national and global economy in terms of employment generation and contribution to Gross Domestic Product (GDP) cannot be overemphasised.

“It is in recognition of this that the Federal Government of Nigeria gives special attention to the growth and development of the MSMEs sector with special emphasis on women-owned enterprises.

“The N75 billion MSME Survival Fund and Guaranteed Off take Scheme are part of Economic Sustainability Plan (ESP) designed and developed by the Federal Government to cushion impact of the COVID-19 pandemic on the economy.

“This is specifically targeted at providing succour to the MSMEs sector which has experienced the most adverse effect of economic disruptions caused by the pandemic.

“The implementation of the scheme which has received commendation by stakeholders across the country has provision for 45 per cent female-owned businesses,” she said.

Katagum said that the Federal Executive Council (FEC) had recently approved the revised National Policy on Micro, Small and Medium Enterprises (MSMES), which provided the framework to resolve the challenges faced by the sub-sector.

She said that the revised edition of the policy accommodates key changes that had occurred in the national and international socio-economic scene.

According to her, the policy is a product of deep and wide consultations with critical stakeholders across the country such as MSMEs operators, policy makers, academics/researches and development partners, both local and international.

The minister therefore expressed hope that the implementation of the policy will set the MSMEs on the path of sustainable growth and development.

“The ministry has commenced the stakeholders’ engagement on drafting of national policy on start-ups to keep pace with innovation and new wave of digital revolution of start-up ecosystem in the country.

“This is to reposition the Nigerian start-ups to be major contributors to the nation’s Gross Domestic Product (GDP).

“Also worthy of mention is the National Enterprise Development Programme (NEDEP), which was designed to coordinate the delivery of enterprise development in the country.

“It directly addresses the critical factors that have inhibited the growth of the MSME sector in the country, and with its rigorous implementation it is expected that the NEDEP will promote job creation,” she said.

Dr Sidney Inegbedion, the President of NEF said the MoU was in furtherance of the organisation’s quest to work with relevant stakeholders in fulfilling its mandate.

“Our entrepreneurship development efforts over the years have led us to the conclusion that the issue of women socio-economic inclusion and empowerment are crucial to accelerating our development as a nation.

“This is why the Nigeria Entrepreneurs Forum is partnering with OWIT, an active women organisation that focuses on trade and business at the local and international levels as strategy for women empowerment and social recognition.”

Blessing Irabor, OWIT Niger President said the MoU was a milestone in the organisation’s efforts toward seeking gender focused interventions that adequately support the ability of women entrepreneurs in Nigeria.

“While looking forward to an impact driven partnership, we hope outcomes from it will serve to advance the cause of women’s participation under AfCFTA in Nigeria and across the African continent,” she said.