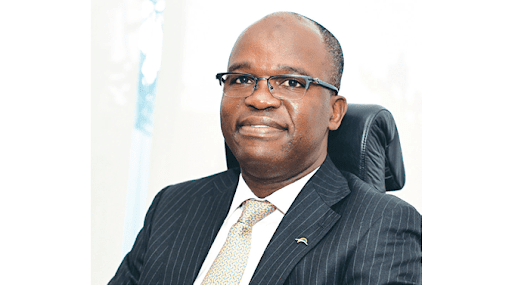 Sen. Adetokunbo Abiru (APC-Lagos East) on Thursday promised not to abandon or fail any of his constituents in both representation and improved welfare.

Abiru gave this assurance at the formal launch of Senator Tokunbo Abiru COVID-19 Relief Financial Assistance in Lagos where he unveiled bimonthly for 2000 constituents.

He said that the assistance was a scheme designed to ameliorate the devastating economic impact of COVID-19 pandemic on the people at the bottom of the pyramid.

“The vulnerable segments in our constituency, the Lagos East Senatorial District will not be abandoned in the face of the greatest phenomenon in recent history.

“The sense of urgency that my team attached to the welfare of the poorest of the poor in our midst compelled us to hit the ground running immediately.

“We cannot afford to fail young children who have chosen to learn.

“It is our duty as leaders to protect these minors who are the most vulnerable segment of the society in the context of the war against COVID-19 pandemic,” he said.

He said that the selection of the beneficiaries was done through various stakeholders which include traditional rulers, religious groups and party leaders.

According to him, the beneficiaries, who include widows, unemployed youths, women, physically-challenged persons among others, receive a stipend of N5,000 each monthly.

“I have the honour of informing you that over 2,000 of vulnerable people in 98 wards across 16 local government areas in the Senatorial district have benefited N5,000 (Five Thousand Naira) support scheme since January.

“The beneficiaries who are scheduled into two categories are getting the assistance bimonthly (that is once in two months), and it will run through the year 2021 by way of direct credit to their bank accounts.

“Having successfully piloted two (2) streams of payments to beneficiaries under the scheme, we deemed it fit to formally launch the scheme as the third stream of payment for the month of March will be paid today,” he said.

He said that the intervention was one in the series of lined up interventions that were targeted at the critical demography in the district.

According to him, others that will follow in this new quarter are: The Traders Assistance Scheme for markets and Scholarship and bursary award for qualified students in Higher Institutions of learning.

Abiru said that through doggedness and proactiveness, he had been able to facilitate a N30,000 Federal Government Survival Fund for 370 transporters and artisans in the district.

He said: “We shall continue to ensure that our people get necessary support for economic prosperity.

“I have also engaged Ministries, Departments and Agencies (MDAs) in the presidency to partner with us to build Primary Health Care facilities, and for Rehabilitation of Primary Schools and establishment of vocational training centers in the Lagos East District.”

“We are currently engaging the authorities on the Ikorodu/ Sagamu Expressway on how the contractors can return to site. Ditto for Ikorodu/ Itoikin /Epe road.”The senator said that he had opened four liaison offices across Epe, Ibeju/Lekki, Somolu and Kosofe to serve as administrative support outlets for the constituency headquarters in Ikorodu.

Also, the Lagos APC Chairman, Alhaji Tunde Balogun, represented by the party’s Publicity Secretary, Mr Seye Oladejo, said that Abiru had been able to represent his constituency at the upper chamber diligently.

Balogun said that Abiru had shown that he was capable of giving back to his constituency at the appropriate time and at the point of need.

He enjoined beneficiaries to make the best use of whatever they were given and keep faith with the party while they remained law abiding and peaceful citizens.

Sen. Anthony Adefuye, a member of the Governor’s Advisory Committee (GAC), also spoke at the event.

He commended Abiru’s humility and said that the senator had been able to affect so many lives, having gone to the senate just to help the people.

A beneficiary, Mr Olugbade Mufutau, 73, expressed joy and appreciated the kind gesture of Abiru in trying to reach out to the aged and other vulnerable in the society.

Ms Bosede Oladapo, a Person Living With Disability, thanked Abiru for including PLWD in the scheme, urging him to do more for them in terms of provision of jobs.