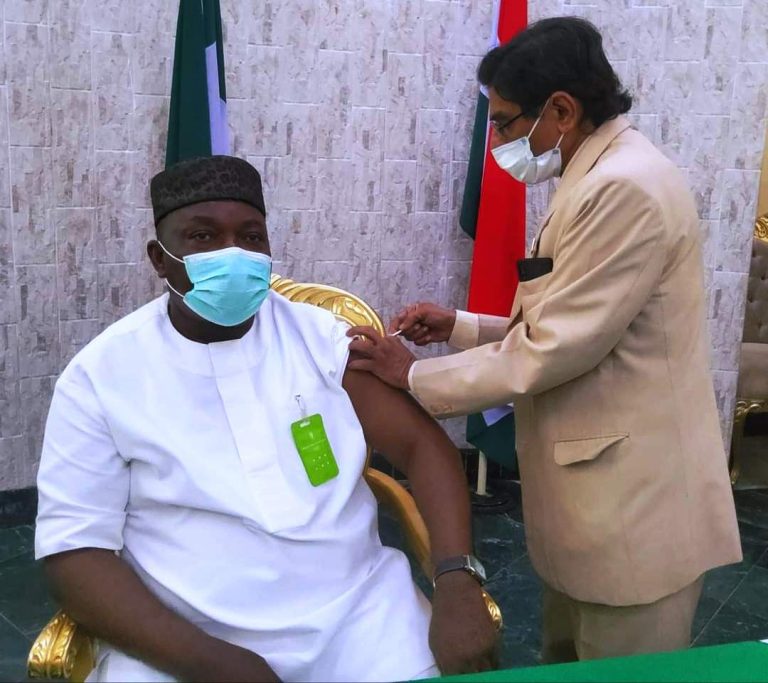 No fewer than 17,000 residents of Enugu have so far received their first jab of AstraZeneca in the ongoing vaccination in the state.

Dr George Ugwu, the Executive Secretary of the Enugu State Primary Health Care Development Agency (ENS-PHCDA), made this known to our reporter in Enugu on Thursday.

It was reported that the state government on March 8, received 65,400 doses of the vaccine from the National Primary Health Care Development Agency (NPHCDA), Abuja, and vaccination began across the state on March 19.

Ugwu explained that the 17,000 given first jabs of the vaccination represented those vaccinated as at 6p.m. on April 14.

He said the state has not reached half of the total dose received from the NPHCDA, Abuja and the vaccination was ongoing in each of the designated centres.

”The delay in administering the vaccines was because five councils started late as well as the long Easter holiday break.

“The exercise is still very much on for those in the priority lists – health workers and the elderly – to receive their first jabs as well as other members of the public very eager to receive as well.

“Once we exhaust half of the dose sent to us; we will stop giving the first jabs.

“We will have a pause of vaccination for about eight weeks before giving the second jabs to all those that had received their first jabs to complete their dose.

“This is what we have agreed with the NPHCDA, Abuja and our partners.

“So, those who got their first jabs will receive the second jabs in less than three months for continued efficacy of the vaccines in their system,” he said.

The executive secretary noted that prior to the Easter break and after it the number of those receiving their first jabs had grown in the council areas.

“With the daily exponential rise in the number of people coming for their first jabs; within a few days we will get to half of the total dose we have and the exercise will be paused.

“However, we are still expecting more doses from the NPHCDA, Abuja to ensure that the entire residents of the state are vaccinated and protected,” he said.

He noted “the vaccine is safe and efficacious”, adding that there has not been any reported adverse side effects.

“Apart from financial and moral assistance to the agency, Gov. Ugwuanyi volunteered himself, to be publicly vaccinated as a critical leader providing direction to residents of the state on the need to receive theirs.

“This has made the residents believe in the efficacy and safety of the vaccine; while responding appropriately to receive their first jabs,” he added.

It was reported that 102 well-trained vaccination teams were deployed to five Primary Health Care centres and two fixed health post centres in each of the 17 local government areas of the state.

Polio may resurface if immunisation remains low in NorthEast