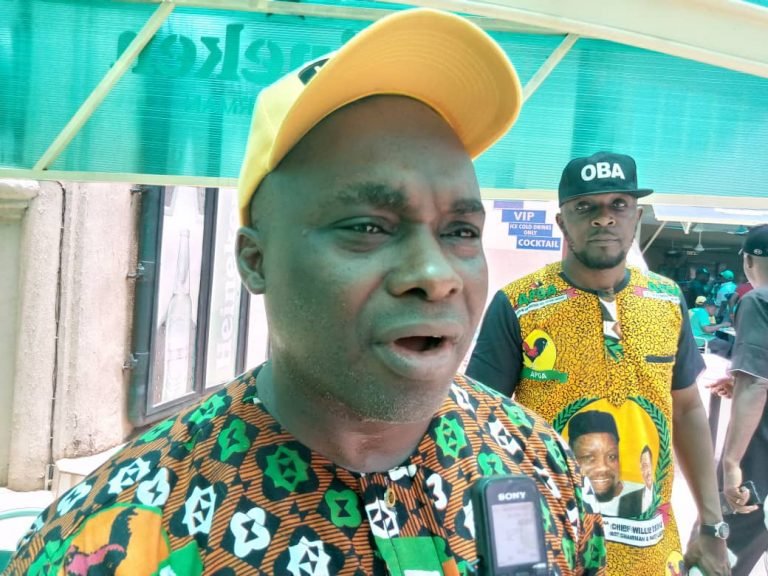 Umeoji said this at an interactive session with Women and Youth Leaders of the party from the 21 local government chapters of the All Progressive Grand Alliance (APGA) in Awka on Wednesday.

The lawmaker, representing Aguata Federal Constituency in the House of Representatives, said free and fair primary by the party would enhance the party’s chances in the gubernatorial election.

He added that credibility and transparency were critical to the victory of APGA in the election.

Umeoji said that APGA was a political party that could not easily be dislodged in the state.

He advised that nobody should be imposed on the people rather the people should be allowed to make their choices.

“APGA is a movement, culture based party and has a manifesto that is embedded in the hearts of the people.

“It is not going to be easy to dislodge the party in Anambra which is the cradle of Igbo civilization.

“We must do our best to ensure that a near credible process is conducted; though big people will always try to impose their will on others, but it is up to the people to resist that.

“It is the position of APGA that there will be free and fair primary election. I do not have a godfather but I have enough strength to see myself through an electoral process,” he said.

Umeoji said that every aspirant should be subjected to election so that the people could assess them based on their political relevance and track record.

He assured the party faithful that he understood their needs and would address them based on his indebt knowledge of the grassroots.

“My strength is my nearness to the grassroots, I am closer to the people and I have spent a long time in the party.

“I have been consistent with APGA for over 10 years and it is enough time to make me feel the pulse of the people.

“I also have experience, having served as a chairman of a local government and now a lawmaker.

“As a matter of fact, I am the only person with that experience among all the contestants across the political party.

“I call on delegates who will vote in the primary to be guided by the pedigree of the people standing to fly the flag of the party.

“Looking at verifiable things we have done in the past, our scorecard should count for us.

House of Reps to engage NGF on autonomy for judiciary