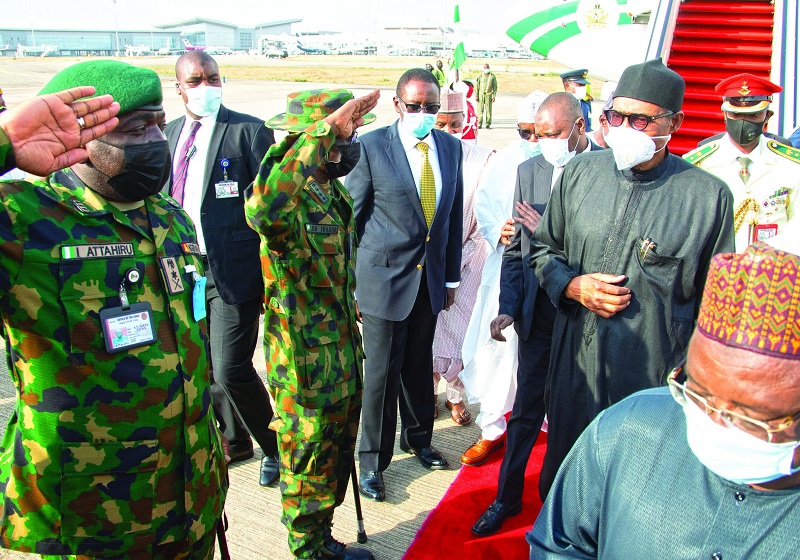 President Muhammadu Buhari has returned to Abuja after successful medical check-up in the United Kingdom.

Those at the airport to welcome the president included the Chief of Staff to the President, Prof. Ibrahim Gambari, the Minister of the Federal Capital Territory (FCT), Malam Muhammed Bello, and the National Security Adviser to the President, retired Maj.-Gen. Babagana Monguno.

It was reported that the president, after a brief welcoming ceremony at the airport, boarded a presidential helicopter that conveyed him to the Presidential Villa.