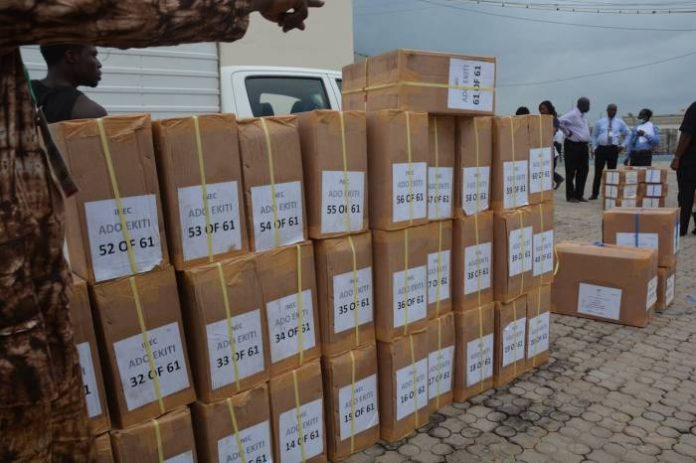 The Rivers Local Government Council polls kicked off on Saturday on a peaceful note with the distribution of sensitive materials by the State Independent Electoral Commission (RSIEC).

It was reported that at Ngo town, headquarters of the Andoni Local Government Area, the distribution of sensitive electoral materials was completed before 9 a.m., while the presiding officers took delivery of the materials across the 11 wards without any hitches.

Meanwhile, Mr Dagomi Abiante, the lawmaker representing Andoni/Opobo-Nkoro Federal Constituency, has advised security agencies to beef up their presence in the area to check any action that might disrupt the election.

The lawmaker, who spoke to newsmen on the eve of the election, had alleged that there were plans by unknown individuals to scuttle the electoral process.

It was reported that voters had yet to report for accreditation one hour after sensitive materials were delivered to the polling units.

A unit official at Ward 2, Unit 1 in Uyangala community, who pleaded anonymity, attributed the slow response of voters to the general insecurity in the area.

Similarly in Obio-Akpor LGA, election materials arrived in Ward 2 Units 13, 14, 10 and 11 around 9:15 a.m. in the company of the security personnel and the party agents representing the PDP and APGA.

It was observed the polling centres were more the PDP and APGA contenders.

Mr Obialor Nlemonu, the PDP agent, said that the election would go smoothly as the participants were calm and awaiting the commencement of voting.