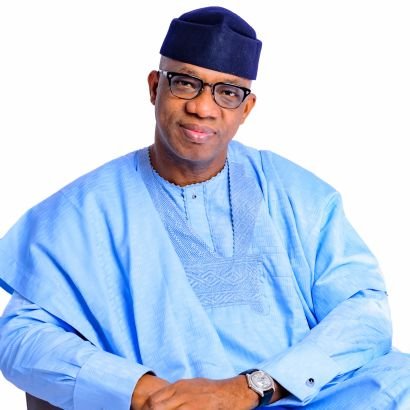 Gov. Dapo Abiidun of Ogun on Friday reiterated his administration’s commitment to ensuring security and peace in the state.

The governor declared that his administration would not rest on its oars until the issue of insecurity was totally dealt with, adding that “no act of lawlessness, banditry, criminality and the likes will be condoned” in the state.

“My administration will continue to take issues of security very seriously and will ensure that we put in place the necessary security infrastructure for safety of the nation and better future for the people of the state,” he said.

Abiodun, who described the former Brigade Commander, Joseph Amadasun, as committed, dedicated, focused and reliable member of the security team of the state, urged Adekoya to be firm in his duties to the people.

In his remarks, Adekoya appreciated the the governor for his support to all security agencies in the state.

Adekoya, who is an indigene of Ogun, in his remarks, expressed delight and readiness to serve the nation in his state of origin.

He promised to do his best to continue to make the state more secure for the people.