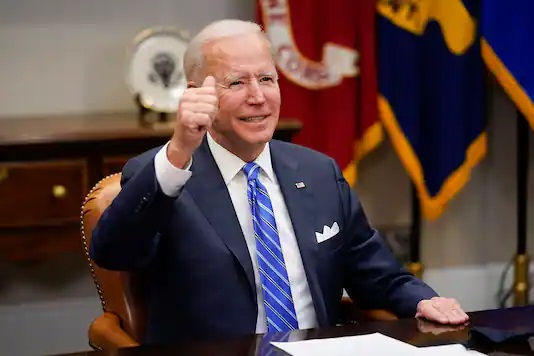 The White House on Wednesday announced that the U.S. president is set to propose a massive social benefits package in his first address to a joint session of congress.

It said that the package was aimed at supporting families and increasing funding for education.

The White House said that the plan would cost about 1.8 trillion dollars over 10 years and is to be financed with tax increases and more consistent collection of taxes due.

According to his administration, Biden’s proposal includes investments of about 1 trillion dollars and 800 billion dollars in tax reductions for families.

It added that the president planned to spend 200 billion dollars on funding two years of pre-school for 3 and 4-year-olds.

The U.S. government also aims to invest about 109 billion dollars to offer two years of free undergraduate studies at community colleges, which gives students the opportunity of a more affordable college degree afterwards.

Another 85 billion dollars is to be spent on the extension of existing scholarships.

In addition, Biden wants to expand the child tax credit and help with childcare costs, depending on income. Paid sick leave and up to three months of maternity leave are also to become the norm in the U.S.

The president’s proposals need to be approved by Congress. While Biden’s Democrats have a majority in the House of Representatives, they would need Republican support in the Senate to pass the package.

Total withdraws all staff from gas project in Mozambique after attack

Second phase roll out of digital switch over begins on April 29, says Minister