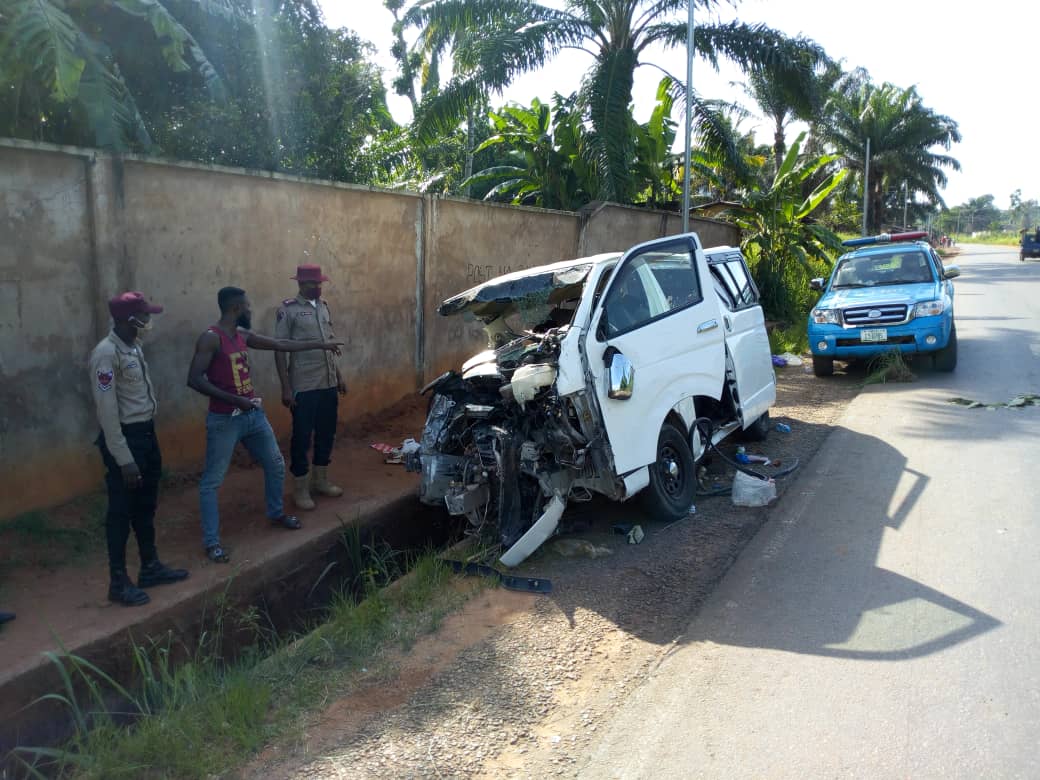 A commercial bus killed a motorcyclist in a road accident at Uli in Ihiala Local Government Area of Anambra, the Federal Road Safety Corps (FRSC) has said.

Mr Anthony Ogbodo, FRSC Sector Head of Operations in Anambra, told our reporter in Awka on Monday that the accident was caused by speeding and driving against traffic.

Ogbodo, who spoke on behalf of the Sector Commander, said that the accident occurred at noon.

“The crash involved an unidentified driver of a Nissan bus with registration number GDD 623 XA and a yet to be identified rider of an unregistered Kasea motorcycle.

“Eyewitness report indicates that the motorcycle rider with his passenger were riding against traffic when they were knocked down by the speeding bus driver.

“The motorcycle rider and his passenger were taken to Our Lady of Lourdes Hospital, Ihiala, by FRSC rescue team from Ihiala and the rider was confirmed dead by the doctor on duty; his body was deposited at the mortuary.

“His passenger, who sustained serious injury, is receiving treatment at the hospital,” he said.

Ogbodo said that the bus and the motorcycle were taken to Uli Police Station by men of the Nigeria Police Force.

While condoling with the family of the dead, he warned motorists to avoid unnecessary accidents by cutting down on their speed.

He also urged motorcyclists to avoid driving against traffic and to always put on their safety helmet while riding their bikes to avoid head injury during traffic crash.