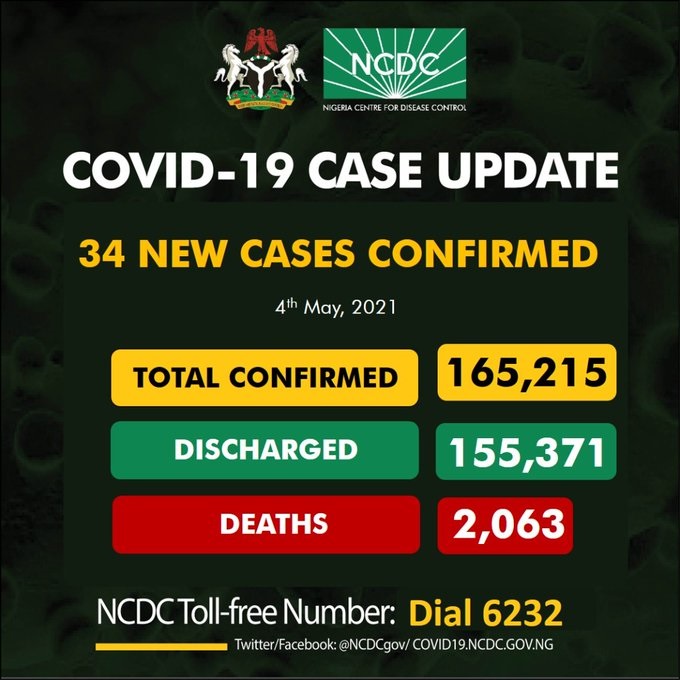 The Nigeria Centre for Disease Control (NCDC) says it registered 34 new cases of COVID-19 in three states of the federation and the Federal Capital Territory (FCT).

The centre disclosed this on its official Twitter handle on Tuesday.

The NCDC noted that the Tuesday report included data from Enugu State recorded between April 28 and May, 3.

It, however, noted that there was no recorded case of recovery from isolation centres across the country as at May 4, saying the total number of recoveries remained 155,371.

According to it, there is also no COVID-19 death in seven days, keeping the death toll at 2,063.

The NCDC said that a multi-sectoral national Emergency Operations Centre (EOC), activated at Level 3, had continued to coordinate the national response activities.