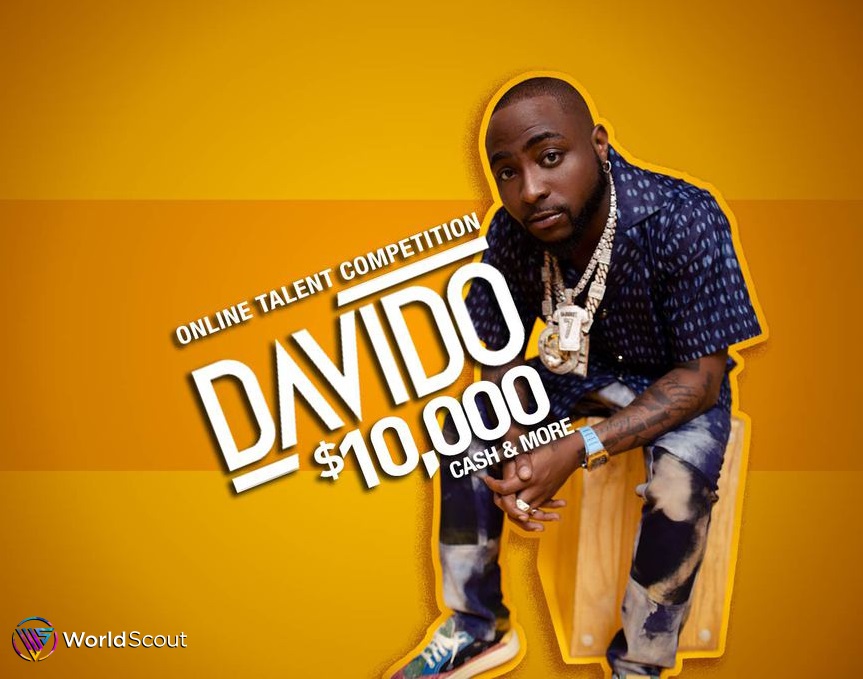 Nigerian superstar, David Adeleke a.k.a Davido in collaboration with Orbiiit has organised an online ‘Global Talent Competition’ for singers and dancers of music globally.

The winner of the competition would go home with a cash prize of 10,000 dollars.

The award winning star who is marking his 10th year anniversary in the music industry, took to his Instagram handle @davido in a video clip to announce the show to his fans and lovers of music, urged them to register online for the competition.

He also asked them to tag someone whom they think could win his global talent competition.

According to him, the talent competition will be an amazing show, as he will be giving away 10,000 dollars in cash to anybody that will emerge winner.

The renowned stage singer also said the winner would have a chance to go live with him on instagram with his hosting of the competition.

“My people! Tag someone who you think can win my global talent competition!.

“Calling all singers and dancers. I am giving away 10,000 dollars in cash and a chance to go live with Me on IG by hosting a global talent competition in partnership with @orbiiitapp.

“Join for free now or share it with someone who has what it takes to win this! Submissions are now live on orbiiit.com/Davido.

The music star was recently celebrated by social media users, as he marked his 10th anniversary on stage.

Every May 9, fans celebrated the award winning “Aye” crooner and the date is regarded as Davido Day.

The singer came to the music industry in 2011 with his debut single “Back when” and mega hit song “Dami Duro”.

Fellow artistes and fans of the “Omo Baba Olowo” crooner on social media had been eulogising his consistency over the years.

Davido has contributed immensely to the growth of the entertainment industry in Nigeria with his numerous songs.

It was reported that the music superstar is one of Nigerian singers, who has encouraged and contributed to the growth of some artists in the music industry.