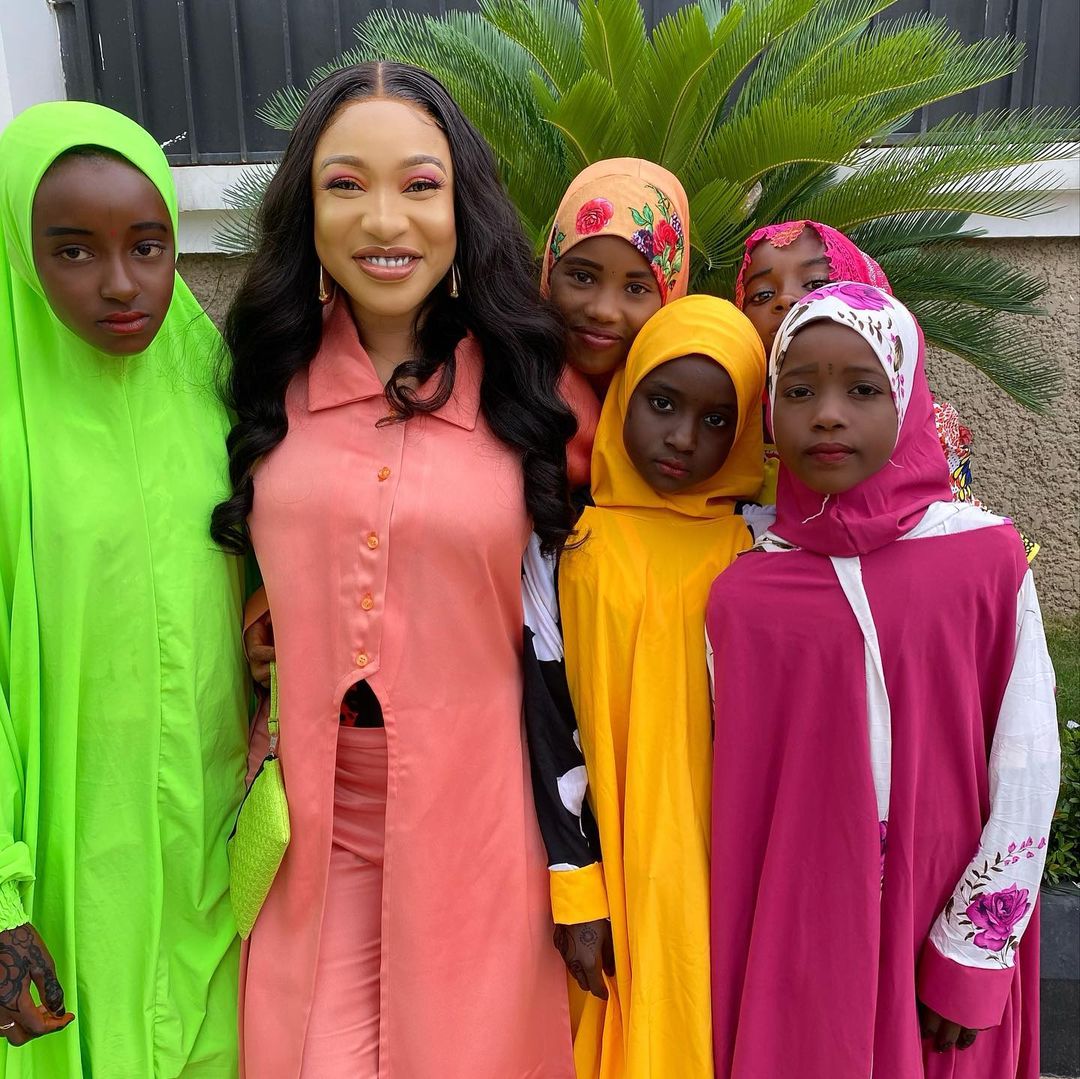 This shows her kindness and generosity towards not only Muslim kids but other children in the country.

The actress wrote, “I will personally be feeding 2,000 Muslim children today and tomorrow in Active Celebration of Eid Mubarak.

“Our foundation is pretty busy with four major events as we are allocating funds to different foundations and necessary equipment to meet the feeding of 2,000 Muslims kids.

“So far, we have gotten across 1,800 kids and if you are in Abuja and have a Muslim community you have to feed, please reach us”.

She also shared photographs of her and some of the kids to be fed.

Dikeh thanked Port Harcourt, Lagos, Owerri, Kano, Cameroon people and other individuals for their support and being involved with her vision.

It was reported that the actress runs Tonto Dikeh Foundation, a non-governmental organization.

The Foundation was established in 2000 with a clear vision and passion to make life better for all displaced and under-privilege women, girls, youth and children in Africa, irrespective of their political, religious and cultural differences.

The 36-year-old actress featured in a lot of movies, one of which is titled ‘Dirty Secret’ and following a successful acting career, she decided to pursue a music career.

She featured in a music video for Amaco Investments, alongside Patience Ozokwor.

Dikeh made her music debut by releasing the singles ‘Hi and “Itz Ova’.

On June 2014, Nigerian singer D’banj signed her to his record label, DB Records, from which she departed in March 2015

She bagged an endorsement deal with the National Agency For Prohibition of Trafficking In Persons (NAPTIP) on human trafficking in 2018.