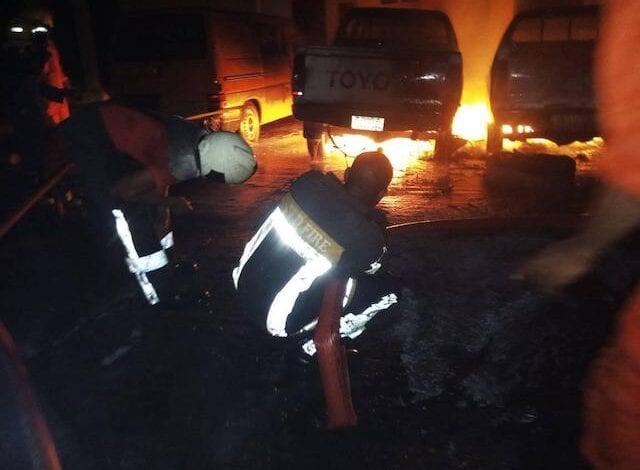 The headquarters of the Independent National Electoral Commission (INEC) in Enugu State, was on Sunday night gutted by fire barely one week after the office in Obollo-Afor, Udenu was razed.

The Commissioner of Police in the state, Mr Mohammed Aliyu, confirmed the incident in a telephone interview with the News Agency of Nigeria (NAN).

The commissioner, who did not respond to further questions, said that he was still at the scene of the incident to save the office from the disaster.

Our correspondent however, gathered at the time of filing this report, that the Enugu State Fire Service as well as the Federal Fire Service were also doing everything possible to quench the fire.

Several calls made to INEC officials especially the state’s Resident Electoral Commissioner (REC), Dr Emeka Ononamadu and the Public Relations Officer by NAN were not picked.