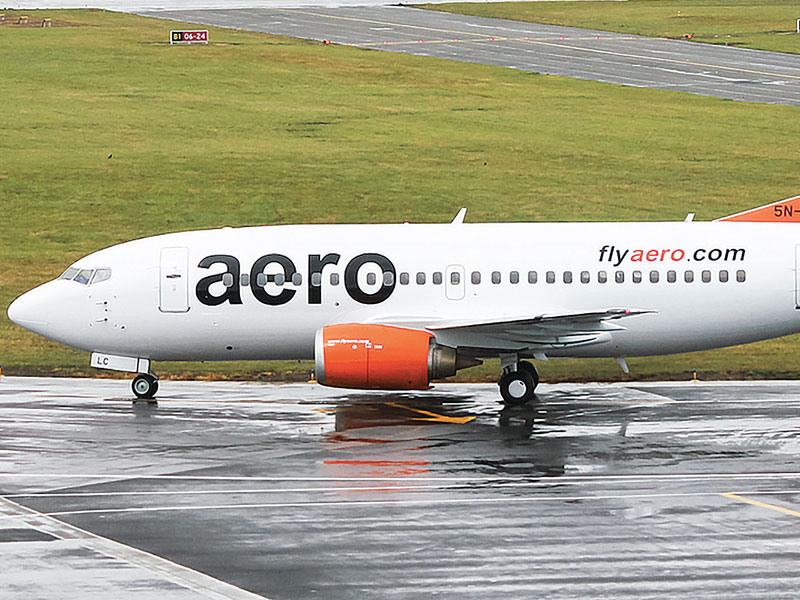 The Nigerian Civil Aviation Authority (NCAA) on Tuesday commended the action of Aero Contractors Pilot for returning to base after encountering birds’ strike shortly after it took off.

Its Director-General, Capt. Musa Nuhu, describing the pilot’s action as “highly professional” told newsmen in Lagos, that the pilot took off at the Port Harcourt International Airport (PHIA), Megwa, for Abuja.

Recall that the Aero Contractors aircraft departed PHIA on Monday for Abuja, with 91 souls onboard comprising 85 passengers and six crew members at 2:06 p.m, but returned to base at 2:14 p.m.

Nuhu explained that the aircraft, a Boeing 737-500 with the registration number 5N-BKR, was heading to Nnamdi Azikiwe International Airport (NAIA), Abuja, before the incident on Monday afternoon.

The director-general said that the pilot made a circuit and returned to base within eight minutes after the incident, maintaining that the action of the pilot was in order.

He explained further that the airline brought another aircraft to transport the passengers to Abuja within 90 minutes of the incident.

According to him, the damaged part of the aircraft was undergoing repairs in Port Harcourt.

Nuhu said that maintenance was going on to fix the damaged blade and when they finished, NCAA inspectors would inspect and certify it.

He said this was to know if all the parameters such as engines, blades and others were okay, before the aircraft would be released for flight.

Nuhu, however, said that no life was at risk as a result of the incident.