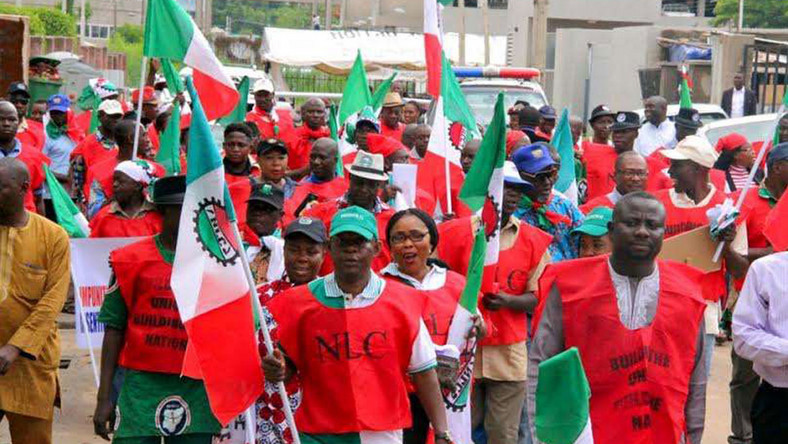 The Nigerian Labour Congress (NLC) says it is committed to its principle of dialogue and social bargaining for the benefit of disengaged workers in Kaduna State.

The NLC Chairman, Kaduna State chapter, Mr Ayuba Magaji said this on Tuesday in Kaduna at the second day of the procession against the government to reverse mass disengagement of its workers.

Magaji noted that industrial actions being issues of collective bargaining and social dialogue, should call for consultation by leaders or employers of labour before taking critical decisions or actions against workers.

“We are not in a military regime; it is not an issue of stubbornness, we will protect the rights of workers to the later.

“The Kaduna state government is playing tough on our actions, we have had military governments who are tough by nature but we sat down and dialogued with them and reached a logical conclusion,” he said.

According to him, the five days industrial action as planned by the NLC in Kaduna will be tough because of the claims of the state government to also be tough.

“We are equally taking our responsibilities as workers’ representatives and bringing openly, the grievances of our workers.

“It is a very simple issue, let the Kaduna state government reinstate the disengaged workers and they should not sack the 11,000 they are planning to and we will call off our action.

“The state government don’t need toughness to discuss this; this is a democratic regime, even in military regimes, labour unions strive. We will continue with our struggle,” Magaji said.

It was reported that banks, fuel stations, hospitals among others remained locked.