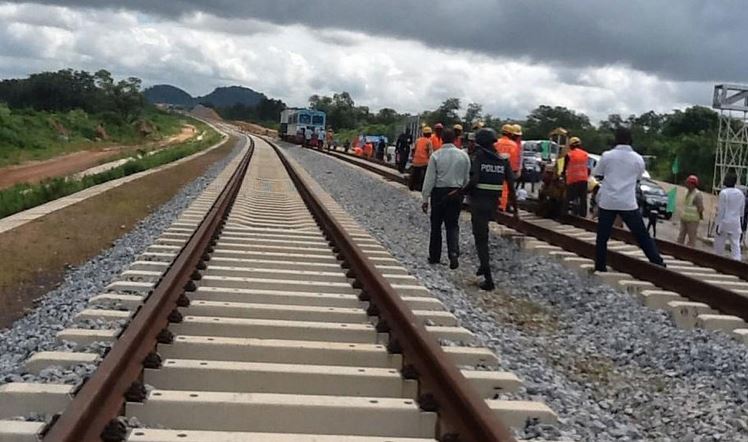 The Senate has urged the Federal Ministry of Transport and relevant security agencies to charge perpetrators of rail lines vandalism for economic sabotage with maximum punishment without the option of fine.

The Upper Chamber also urged relevant authorities, including the Nigerian Railway Corporation, to engage the services of local security guards along all the railway lines in the country.

These resolutions were sequel to a motion sponsored by Sen. Buhari Abdulfatai (APC-Oyo North) during plenary.

The motion was titled, “Urgent need to curb the dismantling of the Standard/Narrow Gauge Rail Lines by some disgruntled elements in Nigeria.”

He noted that the railway boosted the Nigerian local content, through employment of indigenous workers from the various ethnic groups in the country and was, therefore, acknowledged as having a diversified workforce.

According to him, the Nigerian rail has been neglected for decades but in recent time, the government has stepped up the rehabilitation, revitalisation, reinvigoration, and construction of railways, across the country.

“The economic level of traffic can be consolidated to enable the railway provide efficient services for high density flows of homogenous traffic over relatively long distance.

“This includes the high volumes of containerised cargo or bulk freights, such as oil and gas, coal, steel or agricultural produce,“ he said.

He further raised concerns that recently some unscrupulous persons damaged, vandalised and maliciously cut some portions of the newly constructed Warri-Itakpe rail line, at about Kilometre 30 in Adogo, Kogi.

The lawmaker said such acts of vandalism could cause acute train mishap, resulting in loss of precious lives, stressing that the act was tantamount to murder and destruction of property.

In his remarks, president of the Senate, Ahmad Lawan, said the act was criminal and an economic sabotage.

“We must take interest from those caught. We need to follow the trial of the prosecution to serve as deterrence to others,” said Lawan.

Senate to begin public hearing on Constitution review on May 26