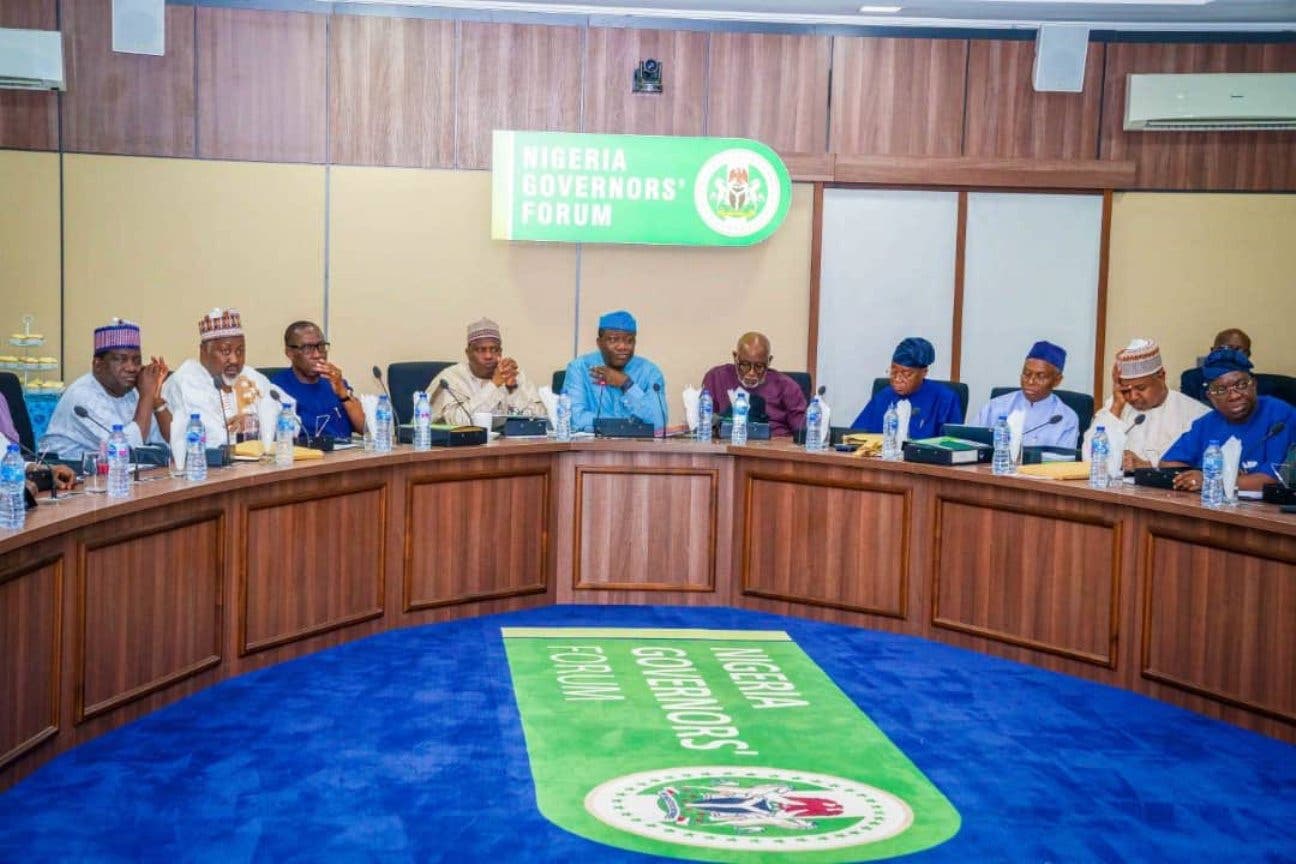 The Nigeria Governors’ Forum NGF (NGF) says parties involved in Executive Order #10 are working earnestly to resolve the issues surrounding the implementation of the order.

The forum said this in a communiqué issued on Wednesday night after its 30th teleconference.

President Muhammadu Buhari in 2020 signed into law Executive Order No. 10 of 2020 for the implementation of financial autonomy for state legislature and judiciary order.

The forum in the communiqué signed by it Chairman and the Ekiti State Governor, Dr Kayode Fayemi, said talks on the Order had reached an advanced stage with the Ministry of Labour, conference of Speakers and the National Judicial Council.

“There are, however, legal aspects of the order that need to be tied up, but which cannot take place if officials responsible for these final processes are on strike.

“Governors are happy to implement the demands of the judiciary and the Legislature,” he said.

The NGF, however, resolved to call for the immediate dissolution of the Presidential Implementation Committee on the Autonomy of State Legislature and Judiciary.

The forum said the presidential committee was now acting as a permanent committee “basically misguiding and overheating the relationship between state governments and the other arms of government.”

The NGF also agreed on the need to continue to maintain COVID public health guidelines and vaccination protocols to ensure that the transmission of the virus was kept at the lowest level possible.

The communiqué noted that the Governor of Delta State, Dr Ifeanyi Okowa, who is the NGF Chairman, Sub-Committee interfacing with the Presidential Steering Committee (PSC) on COVID-19 provided an update to the Forum on the activities of the PSC.

It stated that Okowa informed the forum’s members of the expected commencement of the administration of the second dose of the AstraZeneca vaccine in the country, starting with those who received the first batch of the vaccine.

“The Governor noted that the PSC is currently working to get additional vaccine doses for the country.

“He urged his colleagues to continue to maintain COVID public health guidelines to ensure that the transmission of the virus is kept at the lowest level possible,” the communiqué stated.

It added that Governor of Kaduna State, Nasir el-Rufai, gave a briefing on the appropriate pricing of PMS in Nigeria, calling for full deregulation.

It quoted el-Rufai as noting that between N70 billion and N210 billion was estimated to be spent every month to keep petrol price at N162/litre, “a situation that is completely unsustainable.”

It noted that el-Rufai also briefed his colleagues on the labour crisis in Kaduna State.

“The NGF noted that it stands with the Governor of Kaduna State in his quest to improve the productivity of workers and their rights for a better quality of life.

“NGF recognises that what is happening in Kaduna State, will reverberate in each of the states.

“The forum encourages the governor of Kaduna and all other governors to remain steadfast in the pursuit of human rights protection while ensuring that actions taken do not undermine the safety and security of lives.

“NGF appeals to both parties in Kaduna State to resolve the issues in the interest of the state as the protection of human rights for the collective good of all citizens and growth of our dear country, Nigeria, is what matters most.”

The teleconference was the 7th of such in year 2021.