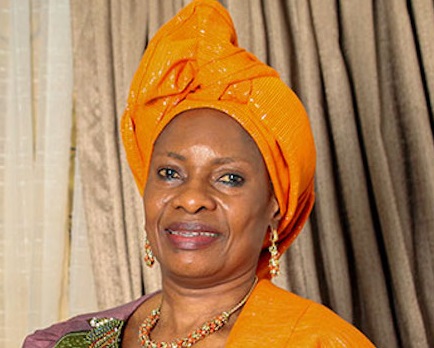 The Minister of Women Affairs, Mrs Pauline Tallen, has urged the Police to thoroughly investigate all cases of Sexual and Gender Based Violence, (SGBV) to ensure justice for survivors.

Tallen made the call during an advocacy coordination mechanism meeting with commissioners of women affairs in six states taking part in the European Union (EU) Spotlight Initiative in Abuja on Friday.

The spotlight initiative is a global, multi-year partnership between the EU and the UN to eliminate all forms of violence against women and children.

The minister expressed concern over the increasing cases of SGBV, in spite the existence of pertinent laws and stressed need for the judicial system to also prosecute such cases.

She said that SGBV cases has continued to increase and was prevalent in the grassroots too, hence the need for all states to take up the challenge and ensure that the message got to everyone.

“Sexual and gender based violence poses a serious risk to women and girls as violent acts still persist despite the existence of laws.

“The Child’s Rights Act has been passed since 2003 but only 24 states have domesticated it.

“Also the Violence Against Persons Prohibition Act is there but still we experience these things, so we want the police to take this issues very serious.”

“Preventing violence can promote economic growth and human dignity therefore, let’s us stem the tide of SGBV through our collective efforts,” she said.

Tallen urged all state commissioners to be the eyes and ears of the Federal Government in the states toward bringing an end to the menace.

Also speaking on behalf other commissioners, Mrs Lami Ahmed, the Commissioner for Women Affairs and Social Development in Adamawa said recent advocacy on SGBV was yielding result in the state.

Ahmed, urged her counterparts to continue to support the Federal Government in the fight to maintain the dignity of women and girls by working to end SGBV.

On her part, Dr Anthonia Ekpa, Permanent Secretary, Federal Ministry of Women’s Affairs said that the meeting was aimed at encouraging synergy between the states and the ministry