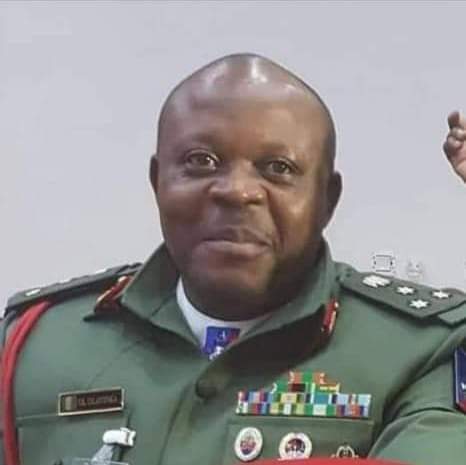 The Acting Vice-Chancellor of University of Ibadan (UI), Prof. Adebola Ekanola, has commiserated with the family of Brig.- Gen. Olatunji Luqman Olayinka, who died along with others during last Friday’s military plane crash in Kaduna.

Ekanola also commiserated with President Muhammadu Buhari and Nigerians on the death of the Chief of Army Staff (COAS), Late Lt. General Ibrahim Attahiru, and other gallant officers in the ill-fated military plane crash.

A statement by UI Spokesman, Olatunji Oladejo, said the Late Brig.-Gen. Olayinka, 51, was a MPhil/PhD student in the Department of Peace, Security and Humanitarian Studies, Faculty of Multidisciplinary Studies, University of Ibadan.

Oladejo quoted the Acting VC as describing the late Brig.-Gen. Olayinka, as a highly cerebral, diligent, disciplined and focused officer, who was interested in using strategic studies to address security challenges in Nigeria.

Ekanola, who offered prayers and sympathies to the families of the bereaved, said that the death of the fallen gallant officers was a huge loss to Nigeria.

“Brig.-Gen. Olayinka and others laid their lives for peace, security and unity of Nigeria.

“They would be remembered for their contributions to making Nigeria better than they met it. Today, this grief has touched us all. We must share the pain together. This loss is just as much ours.

“It is from dust that we come and to the dust we shall return. His death is a great loss to his family, Nigerian Army, University of Ibadan and the country generally.

“On behalf of Council, Senate, Congregation, Management, Staff and Students of the UI, I condole the President, Federal Republic of Nigeria and Visitor to the University of Ibadan, family and good people of Nigeria on this unfortunate incident.

“May God rest their souls in peace. Amen,” he said.

Meanwhile, the University of Ibadan Flag will complement the National Flag of Nigeria to be flown at half-mast on the campus for three days beginning from Monday till Wednesday.

This, he said, was to honour the departed souls.

Presidency to Southern Governors: Your announcement on open grazing is of questionable legality