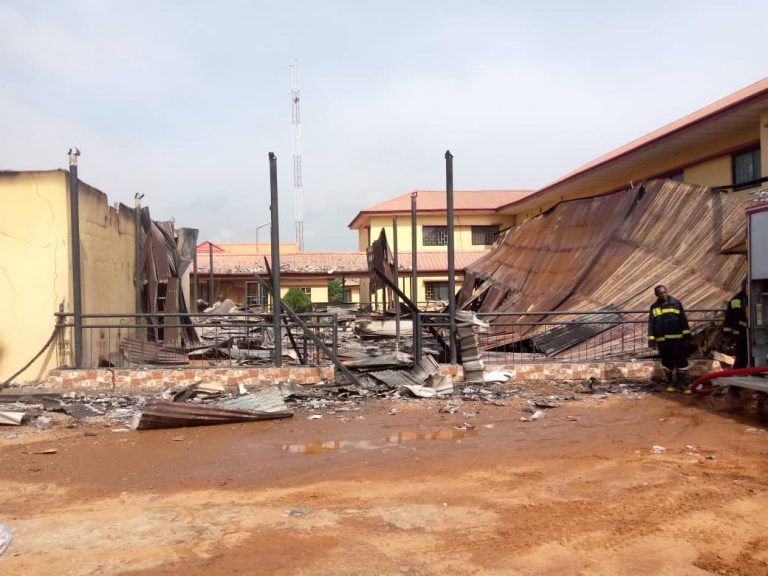 The Centre for Transparency Advocacy (CTA), an election monitoring group, has described as worrisome the rate at which offices of the Independent National Electoral Commission (INEC) in the Southeast were being destroyed.

The group raised the concern in a statement by its Executive Director, Ms Faith Nwadishi, on Wednesday in Abuja.

“CTA is alarmed at the rate INEC offices are attacked across the country particularly in the Southeast with devastating effects.

“This is a dangerous trend if not checked will impede the process of organising the November 6, Anambra State Governorship Election.

“This coordinated attacks in recent times have affected three states in the South East in particular.

“The INEC office in Ahiazu Mbaise LGA in Imo was razed by unknown men, followed by the burning of the Igboeze LGA office in Enugu State.

“Not enough for the perpetrators, they stormed Udenu office on May 16 and sustained their dishonorable act with the attack on the INEC headquarters in Enugu where vehicles were burnt and offices ransacked.

“On Sunday night, May 23, the INEC headquarters in Awka, Anambra was invaded and set on fire.

“It appears that these dastard events are targeted at truncating and sabotaging the forthcoming Anambra Election.

“This has to stop now. A stitch in time saves nine.

“We call on the citizens across the country especially, South East to protect INEC properties in their domain. The only way to effect a credible change is through the ballot.

“The people can only succeed by coming out to vote for credible candidates of their choice and this can only be achieved in a peaceful atmosphere and not in chaos,” the statement read in part.