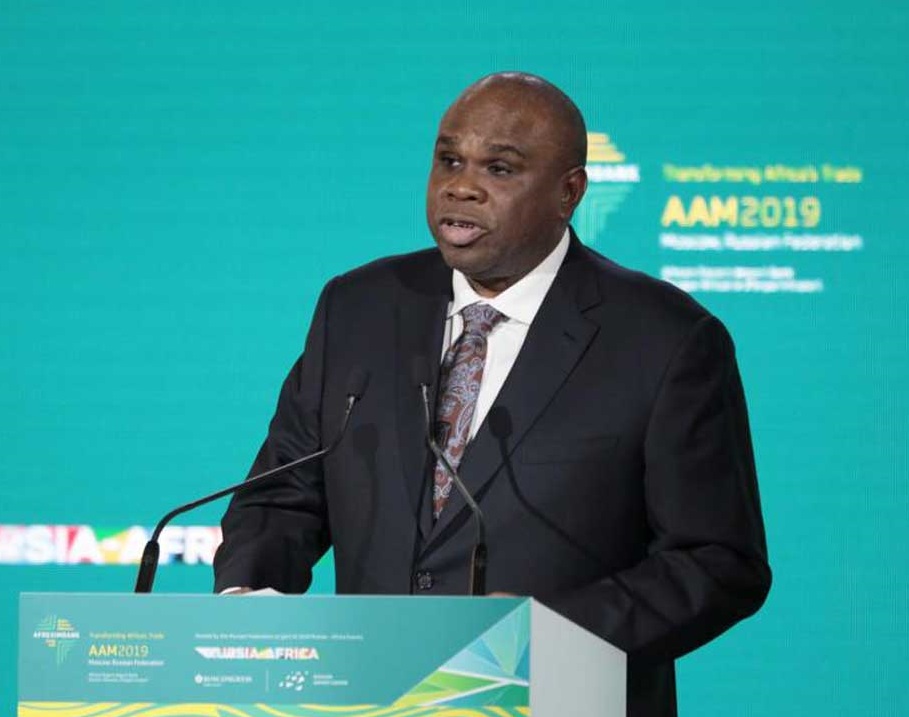 The African Export-Import Bank (Afreximbank) has reported a net income of 87.3 million dollars in the first quarter (Q1, 2021) of the year over the 2020 performance of 84.2 million dollars.

It said this in a statement it issued on Thursday in Cairo on the release of its unaudited financial statements for the three months that ended on March 31.

The bank said the four per cent increase was achieved largely due to a 23 per cent growth in net interest income, showing strong and resilient growth ahead of 2020 results and in line with expectations.

It added that the increase in net interest income arose from a 41 per cent growth in net loans and advances and an 11 per cent decline in interest expense.

“Total assets grew year-on-year by 30 per cent to 19.25 billion dollars as at March 31 , primarily due to the implementation of the Pandemic Trade Impact Mitigation Facility (PATIMFA), with most of the facilities having been disbursed in the second half of 2020.

“Total assets decreased marginally from the balance of 19.31 billion dollars as at December 31 primarily driven by slight decreases in Loans and Advances and Cash and cash equivalents.’’

The bank added that its shareholders’ funds increased by 2.64 per cent to 3.46 billion dollars from 3.37 billion dollars recorded in December 2020, reflecting the support from existing investors and strong internal capital generation capacity.

Prof. Benedict Oramah, President of the bank, said that the bank was pleased to have reported year-on-year growth in Q1 2021 and closed the period in a healthy financial position with strong capital levels.

“Afreximbank has made significant progress in the implementation of its strategic initiatives and remains committed to promoting intra-African trade under the African Continental Free Trade Agreement (AfCFTA) on the basis of which trading commenced on January 1.

“Regarding the bank’s interventions in tackling the pandemic, we are proactively and aggressively supporting the fight against COVID-19 in Africa to accelerate the return to normalcy.

“We are supporting vaccine procurement by African economies with a two billion dollars guarantee and financing facility.

“Through PATIMFA, Afreximbank disbursed over 6.5 billion dollars in support of African sovereigns, central and commercial banks, as well as corporations and Small and Medium Enterprises (SMEs.).”

Oramah added that overall, the bank was confident of its solid financial position, alongside the robust strategic measures put in place to proactively manage the effects of the pandemic.

He said it was also committed to providing a strong foundation for a resilient and growing business going forward and was confident that Africa would see a strong economic rebound in 2021.

It was reported that Afreximbank is a Pan-African multilateral financial institution mandated to finance and promote intra-and extra-African trade.

Another Nasarawa lawmaker defects to APC