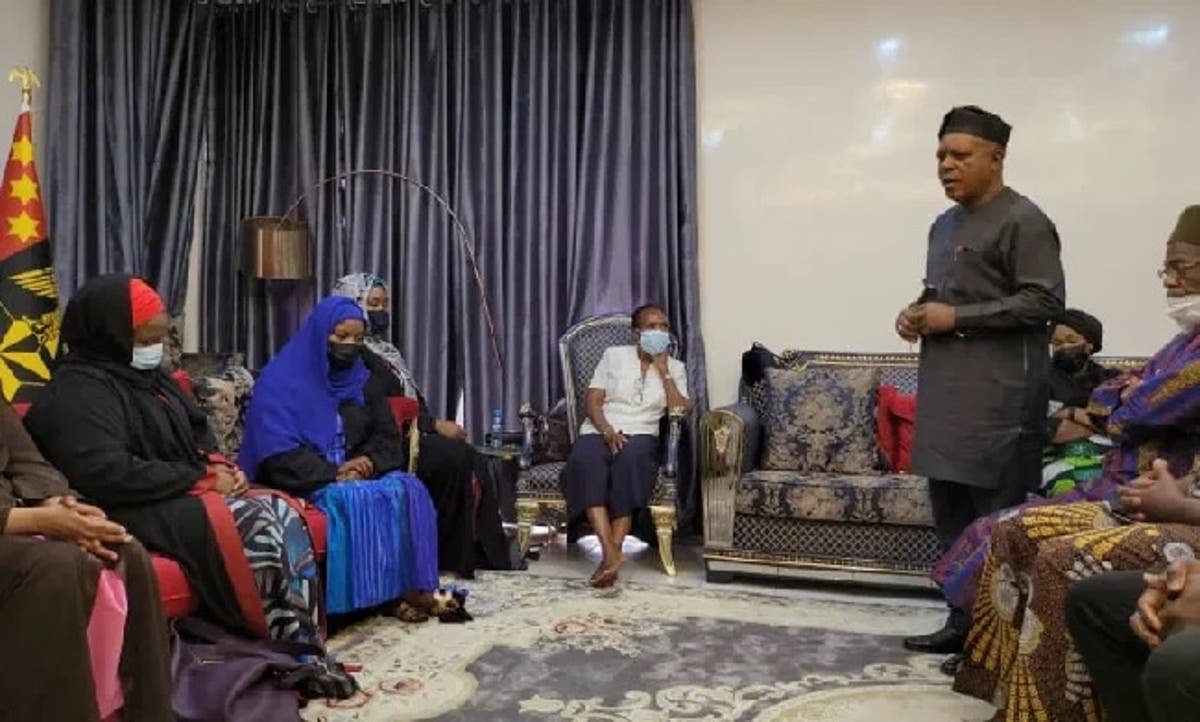 PDP National Chairman, Uche Secondus, led other members of NWC on the condolence visit to Attahiru’s family in his home in Abuja.

This is contained in a statement by its National Publicity Secretary, Mr Kola Ologbondiyan.

Secondus described the late COAS, who died in the military air crash on Friday, as ‘a brave and patriotic soldier’.

Secondus said that the PDP was still grief-stricken over the national tragedy.

“We are here to commiserate with you over the departure of your brave and patriotic husband.

“Nigerians are in great pains because his appointment was a relief to our nation as we believed that he had come to make a difference.

“With Gen. Attahiru’s life and record of performance in serving our fatherland, it was clear that he had come with the commitment and zeal to confront and vanquish the security challenges facing our nation.

“His life was an eloquent testimony of his excellent service to our nation.

“On behalf of the leadership of PDP, we are here to condole with you.

“We assure you of our prayers at this moment of grief and we believe that God will grant you and your family the fortitude to carry this pain,” he said.

The statement disclosed that the PDP leadership also offered prayers for the families of the other officers who died in the crash.

It added that the party further prayed for the safety of Nigeria gallant men and women risking their lives, in battle, to secure the nation.

The late COAS died in a Nigeria Air Force plane crash last Friday alongside 10 other officers.