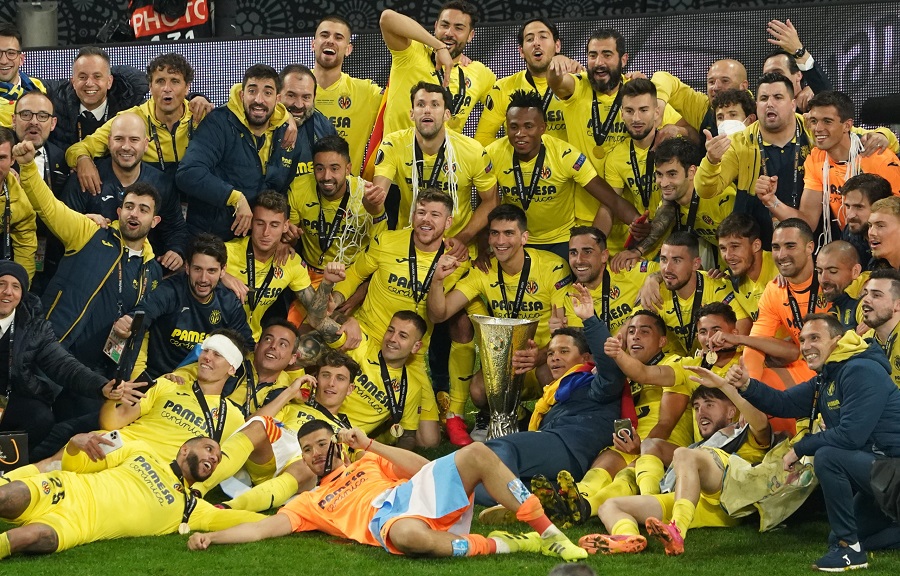 Spanish side Villarreal beat Manchester United 11-10 in a penalty shootout to win the Europa League on Wednesday in Gdansk.

Edinsob Cavani had canceled out Gerard Moreno’s opening goal before 9,500 fans, sitting in the stands of the stadium in the Polish city.

Manchester United made a strong start to press high and forced “El Submarino Amarillo” to play defensively in the beginning period.

Villarreal’s goalkeeper Geronimo Rulli saved Marcus Rashford’s effort from distance, while Edinson Cavani could not tap in after a stunning pass by Mason Greenwood found him in the penalty area.

Instead of shooting, Cavani tried to pass to Rashford and he missed a perfect chance to break the deadlock.

The “Red Devils” soon paid a huge price for their ineffectiveness.

The team coached by Unai Emery woke up and tried to take the initiative to threaten De Gea.

Gerard Moreno found the net with 29 minutes on the clock.

Dani Parejo lifted in a free-kick, while Eric Bailly and Victor Lindelof were not able to stop Moreno.

He beat David de Gea from close range by arrowing the ball into the near post, and Villarreal only needed just one shot on target to lead 1-0 after the first half.

However, Manchester responded just after the break.

Scott McTominay’s shot was deflected over the bar by Torres, but in the 55th minute, Cavani showed ruthlessness.

Luke Shaw found Rashford from a corner-kick before the England striker hammered a dangerous shot.

After three ricochets, the ball landed in the path of Cavani who made no mistake.

The team from Old Trafford continued the momentum to try to give Ole Gunnar Solskjaer his first trophy as Manchester United manager.

It seemed at a time the “Red Devils” were close to breaking Villarreal’s record, who won 11 games and drew just one in the Europe League campaign.

Manchester kept the ball in Villarreal’s half to create more chances.

But they created one chance only in the 71st minute, when Pau Torres made a crucial block to stop Cavani’s header after a fast attack by Luke Shaw from the left.

As it turned out, neither Manchester nor Villarreal found a decider in 90 minutes or in extra time and the penalty kicks shootout had to be the decider.

Ten consecutive penalties were scored before goalkeeper Rulli became the hero for Villarreal.

The Argentinian beat De Gea and then saved the Spaniard’s effort to lead his team to the trophy.