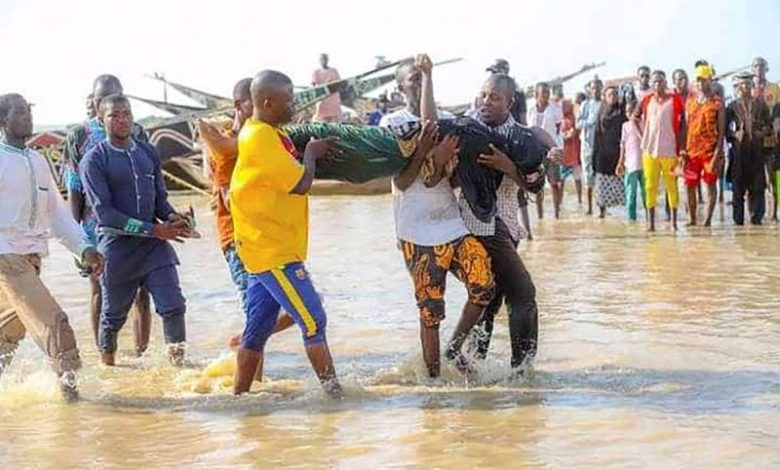 Gov. Atiku Bagudu of Kebbi says no fewer than 97 bodies have been recovered from the recent boat mishap at Warrah, Ngaski Local Government Area of the state.

Bagudu stated this in Birnin Kebbi when he received a delegation of members of House of Representatives on a condolence visit to the people and government of Kebbi over the incident.

A boat from Lokon Minna, Niger, conveying traders, artisanal miners and other passengers, capsized at Warrah, Ngaski and claimed more than 100 lives on June 2.

Represented by Secretary to the Kebbi State Government Babale Umar-Yauri, the governor said that the bodies had been buried while 22 people were rescued.

Bagudu thanked the members for their foresight in ensuring safety in the nation’s waterways, particularly the marine transportation.

He extended the goodwill message of Kebbi government to the Speaker of the House of Representatives, Mr Femi Gbajabiamila, for his condolences, care and love to the people of the state.

The delegation also visited the palace of the Emir of Yauri, Dr Muhammadu Zayyanu-Abdullahi.

Idris-Wase said: “As leaders, all hands must be on deck to evolve correct, effective and permanent solution to mishaps of boats and canoes on the waterways.

“As members, we shall examine the causes of recurring maritime transport accidents with a view to coming up with measures and avoid recurrence of mishaps.

“It is a colossal loss not only to Kebbi but the entire country.

“It is our fervent prayers that Allah will give their families the fortitude to bear the loss”.