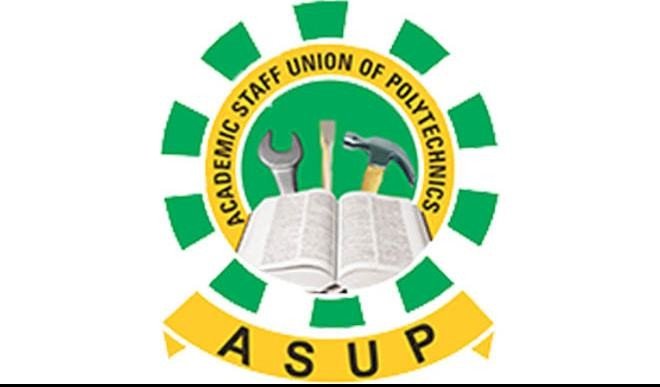 ASUP’s National Publicity Secretary, Mr Abdullahi Yalwa, made the disclosure in a press statement on Wednesday in Abuja.

He said that the suspended would take effect from Thursday (June 10).

It was reported that ASUP embarked on a nationwide strike on April 6, to press home its demands.

The union’s grievances include poor state of public polytechnics and monotechnics and non-payment of 10 months’ arrears of the new minimum wage.

It was reported that the Federal Government had offered to release N15 million for revitalisation of polytechnics and monotechnics and release money for payment of the arrears of minimum wage.

Yalwa said that ASUP suspended the strike in view of the progress made in its discussions with Federal Government.

“Following appraisal of a report indicating gradual implementation of the items contained in the memorandum of action signed between our union and the Federal Government, the union has resolved to suspend its 65-day-old industrial action with effect from June 10.

”The suspension is for a period of three months to enable the government complete execution of the items contained in the memorandum of action signed with the union since April, 27,” he said.

Yalwa noted that some demands had been met by the government, including reconstitution and inauguration of governing councils and visitation panels in federal oolytechnics.

”We are led to believe that the release of funds for infrastructure revitalisation and minimum wage arrears is currently being processed,” he said.

Yalwa also said that efforts were ongoing at reviewing the Scheme of Service and Conditions of Service for Polytechnics.

He added that work had begun toward resolution of issues around CONTISS 15 migration arrears for the lower cadre.

He added that the union also acknowledged the recent passage of a bill for removal of dichotomy against Higher National Diploma holders.

”In reaching the decision to suspend the strike, our union took into cognizance appeals made by the government, revered traditional stools, National Assembly, chairmen of governing councils of federal polytechnics and the members of the public who showed varied interests in the matter.

”It is the expectation of our union that the suspension of this action will provide an enabling environment for the government to fulfill other aspects of the memorandum of action and afford the government an opportunity to reverse its trust deficit within our sector.

”We appreciate the different layers of intervention by critical stakeholder groups in the sector within the period,” he said.

JAMB may conduct second UTME due to registration challenges – registrar