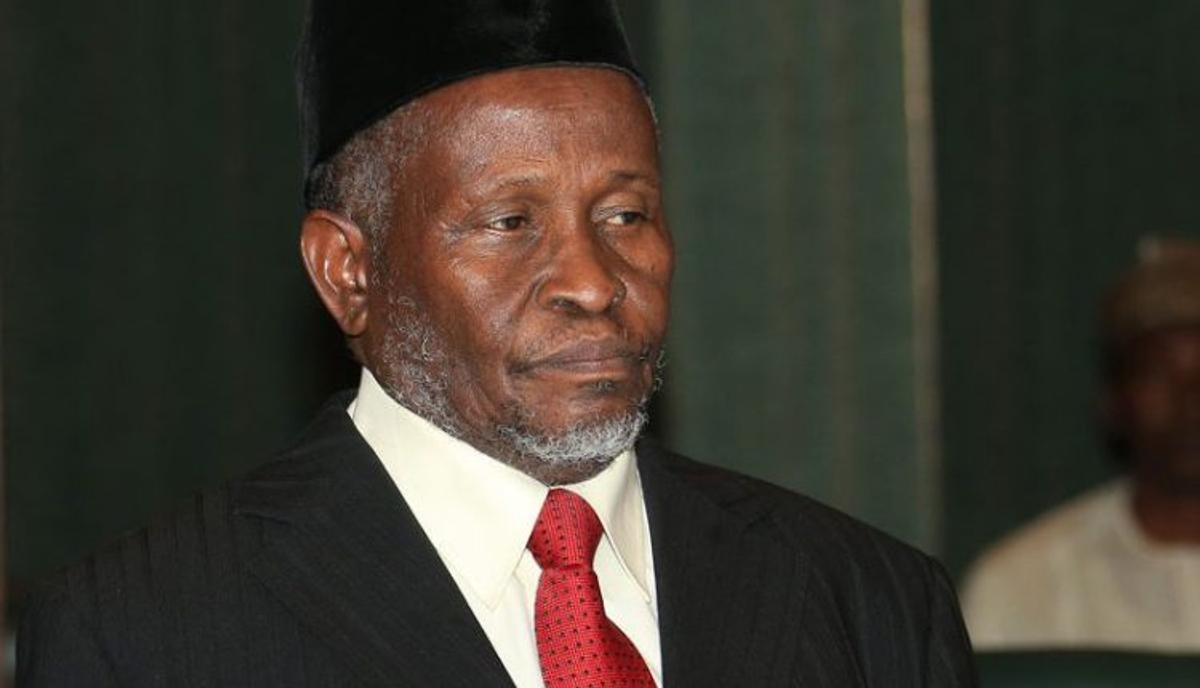 Some lawyers have expressed divergent views on the submission of the Chief Justice of Nigeria (CJN), Tanko Muhammad,for the reduction of Supreme Court Justices from 21 to 16.

It was reported that the CJN on June 3, presented to the Senate Committee on the review of the Constitution of the Federal Republic of Nigeria, 1999 as amended a 45- point constitutional proposal on judicial reforms for amendment.

Some legal practitioners, who spoke to our reporter in Abuja, disagreed with Muhammad that the number of justices should be pegged down to 16.

For Mr Abdulhamid Mohammed, a lawyer, instead of reducing the number, the apex court judges should be increased to ensure quick dispensation of cases.

“Sometimes, lawyers differ from opinion of judges. As practitioner, the fact is the Supreme Court is overwhelmed at the moment.

“So you will see in the whole legal year, those matters that go to Supreme Court, the judges might not even handle them because they are overwhelmed,” he said.

Mohammed also argued that even the present number, at times, hampered how panels are constituted.

“Sometimes you go to Supreme Court and you discover that a panel that is supposed to handle a particular matter, the panel may not be fully constituted.

“Then they have to go back and constitute that panel and what brought about this is actually because of the number of judges are not adequate in my own humble opinion,” he added.

The lawyer noted that the apex court had three courtrooms and so many cases are brought to the court.

According to him, those instances from my humble opinion, it is only increasing the number of judged that will take care of that.

“Presently, there is even a bill in the National Assembly to ensure the welfare of judges and their retirement age.

“So we need to even increase the number of justices at the Supreme Court,” he restated.

Mohammed said some people had advocated that the apex court be divided into divisions to facilitate speedy dispensation of justice.

“Some are even canvassing that we should bulkanise the Supreme Court so that the court should sit in judicial divisions, not necessarily in the central place they sit now.

“They should have judicial divisions so that they can fasttrack matters,” he said.

Also, a Lagos-based lawyer, Josephine Uzoya-Ijekhuemen, said she did not agree with the submission.

Corroborating Mohammed’s statement, Uzoya-Ijekhuemen said, “as we stand, the court is already overwhelmed and we do not have the requisite number of Justices to date.”

“So reducing them further is not a good idea and will only result in hardships and delays which is not good for Justice.”

Another legal practitioner, Ede Joshua-Oritsegbemi, opposed the proposal by the CJN, seeking reduction in number of justices at the apex court.

“With profound respect to His Lordship, the Chief Justice of Nigeria, I don’t hold same view that the number of Supreme Court justices should be reduced to 16 from 21.

“My candid opinion is that the number of justices be increased beyond 21,” he said.

Joshua-Oritsegbemi, a civil right activist, also said that rather than reduction in their number, the constitution should be amended to ensure that the apex court have judicial divisions.

“The Supreme Court should have other Judicial Divisions of at least one(1) in each geo-political zones of Nigeria.

“The National Headquarters should be in Abuja,” he urged.

According to him, the idea is based on the volume, quality and the contentious nature of our cases.

“Consequently, we cannot afford to comfortably and reasonably do otherwise in this current reality that is facing us squarely,” he said.

The lawyers, who backed the CJN on altering the the 1999 Constitution to mandate the National Judicial Council to fix and review salaries of judges every four years, however disagreed with him on the suggestions that all appeals from the Court of Appeal should be by leave of the Supreme Court.

For Mohammed, the review of the judges’ salaries would enhance their welfare packages and increase their productivity.

He said it was disheartening that the salaries of most of the judicial workers were stagnant.

According to him the salary of a high court judge does not even fluctuate; the judge can stay for 15 to 20 years in the bench but the salary will still remain stagnant unlike other allowances and some benefits.

He said except the judge was promoted to Court of Appeal or Supreme Court, the basic salary would remain stagnant.

Uzoya-Ijekhuemen said the submission would give more independence to the National Judicial Council and perhaps helped to promote this financial autonomy “that is needed for the independence of the judiciary which should be a separate arm as defined by the Principle of separation of power.”

Joshua-Oritsegbemi also supported the CJN’s view on fixing and reviewing salaries of judges.

“I concur with the view of His Lordship, Chief Justice of the Supreme Court of Nigeria that the NJC should be the constitutionally mandated body to fix and review the salaries of judges and magistrates should be included in my own humble view) in conjunction with the Revenue Mobilization Allocation and Fiscal Commission (RMAFC) every four years,” he said.