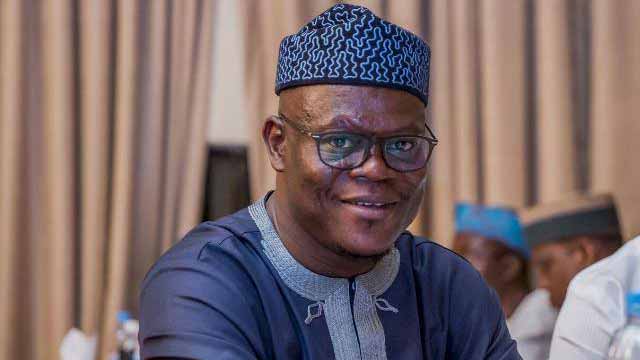 Chairman, Senate Committee on Media and Public Affairs, Sen. Ajibola Basiru says he has no mandate of the Senate to talk on the ban on Twitter by the Federal Government.

Basiru stated this on Wednesday while briefing newsmen in Abuja on the second anniversary of the ninth senate.

It was reported that the Federal Government banned the use of Twitter in Nigeria on June 5.

Basiru said the senate had not considered the issue of Twitter ban.

He said: “If I express any opinion, it will be my personal opinion and there is the tendency that my opinion may be judged to be that of the senate.

“So, I don’t have the mandate of the Nigerian senate to talk on the issue of Twitter.

“I will exercise restraint and be on the cautionary note so that I will not be quoted as speaking for the senate on the Twitter ban.

“However, journalists have access to the Attorney-General of the Federation to challenge him and come up with a legal basis for whatever action he has taken.

“When it comes to interpreting laws in Nigeria, the bulk stops at his table. To challenge his opinion, the way to go about it is to go to the court. I am not in a position to take him on his action.

“The basis for the rule of law is that there must be legal basis for executive and legislative actions.

“It is when senate considers the issue at plenary that we will be able to have full opinion that we can express to Nigerians. Senate will address the issue at the appropriate time,” he said.

On the issue of ethnic distrust, the lawmaker said that Nigerians should exercise restraint in making general assertions on the structure of governance of the country.

“I think with all sense of responsibility, we should exercise restraint in making general assertions. Yes the President is from a particular ethnic stock but the governance of the country has three arms of government: the executive, legislature and judiciary.

“And when you look at it statutorily, Nigerian government architecture as brought upon, it is even impossible to have what is called about fulanisation or yorubanisation of any arm.”

On the re-presentation to the senate for confirmation of Lauretta Onochie, Special Assistant on Social Media to President Muhammadu Buhari, Basiru said: “until the committee comes up with its recommendation, there is nothing I can say.

He said “The fact that a matter is referred to a committee does not mean that the committee will affirm to such confirmation.

“And I agree in the past, there have been instances where references have been made to committees and they were returned unconfirmed or stepped down by the committee.

“I will rather say that we keep the gun powder till the committee comes up with recommendation.

“As Nigerians, if you feel she is not qualified, you are entitled to file a petition before the committee.

“I challenge Nigerians who strongly believe that the nomination is inappropriate to approach the committee and challenge it in the exercise to see that the country is governed according to the law.”

It was reported that Onochie’s previous nomination was turned down on Oct. 12, 2020 by the senate, following an outcry by some senators on her nomination.