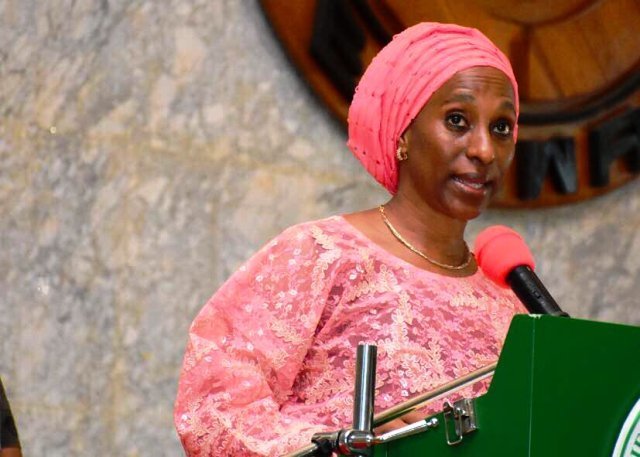 The Federal Government on Thursday called for increased awareness on violence against women and girls aimed at ending the scourge.

Mrs Dolapo Osinbajo, Wife of the Vice President and founder, The Women’s Helping Hands Initiative, made the call at the launch of “Orange the World with Doctors,” in Abuja.

Orange the World with Doctors is a plenary with medical practitioners initiated by UN Population Fund (UNFPA) aimed at ending Gender Based Violence (GBV) with doctors at the forefront.

Osinbajo, who commended the UNFPA for the initiative, decried all forms of violence on women and girls, calling for stronger collaboration to end it.

She reiterated the imperatives of strengthening Nigeria’s health system, noting that it is a key in fighting GBV.

She said: “I commend all who have joined hands in the war against GBV.

“I thank the UNFPA for this initiative to strengthen Nigeria’s health system to meet the needs of GBV survivors.

“I know of a teenager who was raped by her grandfather. The trauma lasts for a long time,” she said.

The wife of the vice president, who reiterated the need to help survivors by listening to them, said it was a collective responsibility where everyone must assist to put a barrier to avenues of perpetrating GBV.

The Minister of Women Affairs, Mrs Pauline Tallen, said the ministry was committed to eradicating violence against women and girls in Nigeria.

Tallen attributed the increase in the scourge to the COVID-19 lockdown which she said was a setback to the success so far recorded in the fight against GBV.

She, however, called for stronger collaboration with stakeholders to eradicate the menace, in accordance with Federal Government’s zero tolerance policy on GBV.

The Minister of Health, Dr Osagie Ehanire, assured the ministry’s commitment toward providing an enabling environment to end GBV.

Ehanire, who was represented by Dr Salma Ibrahim, the Director, Family Health, said that the ministry was reviewing its policies aimed at protecting women and girls.

The minister, however, affirmed the challenges of limited capacity militating against improved health system.

Ehanire, therefore, advocated improved capacity for Primary Health services which according to him was where most Nigerians access health services.

Fatusi urged public medical practitioners to be at the forefront of the war against GBV.

He said “if GBV is a public challenge, then public health professionals must be at the forefront of tackling the challenge.”

The don emphasised the need to strengthen the community system through collaboration with traditional rulers to end the scourge.