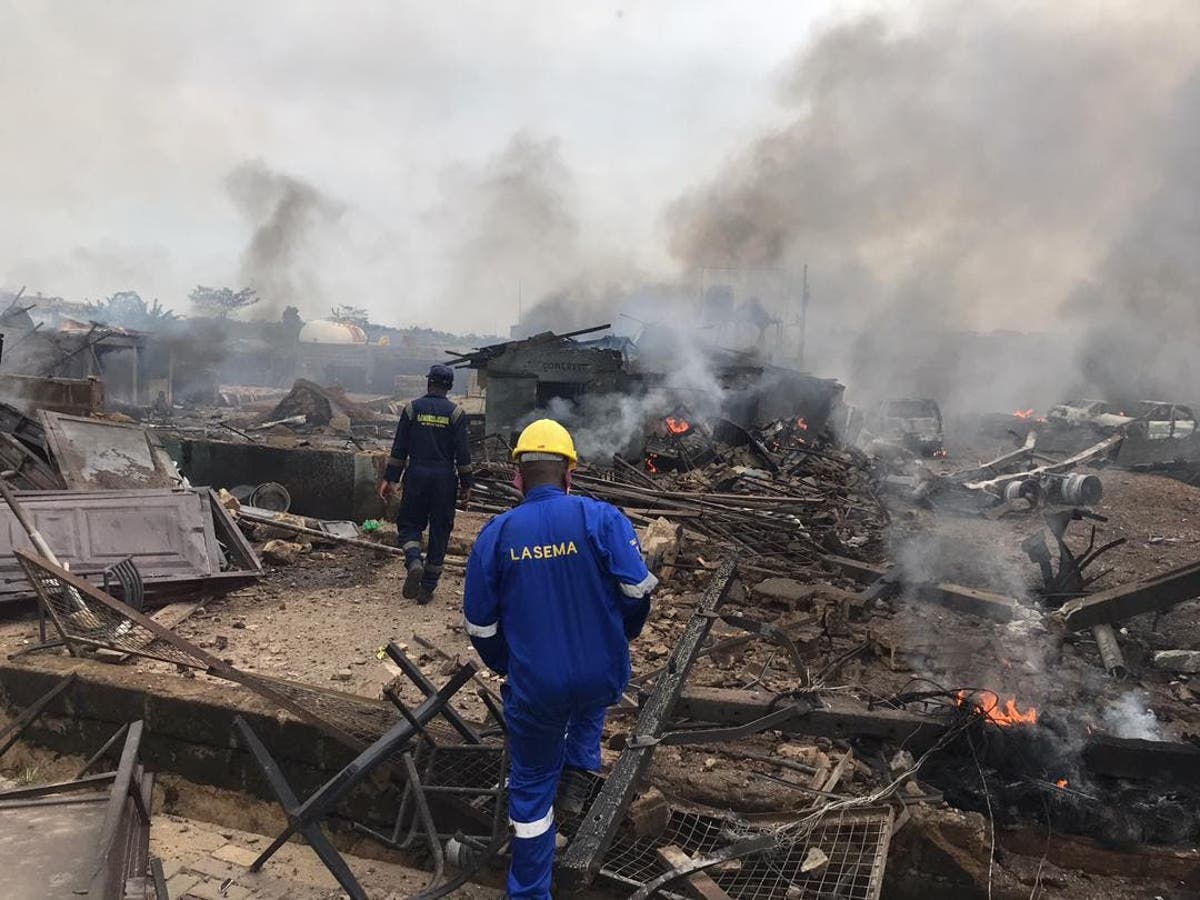 The Lagos State Government says it has begun investigation to ascertain the cause of Thursday’s gas explosion incident in front of the Ogun State Property Investment Company (OPIC) Plaza in Ikeja.

Mr Lanre Majola, Director General, Lagos State Safety Commission, made the disclosure on Friday while speaking with newsmen after inspecting the damage caused by the explosion.

Our correspondent reports that three persons were killed while 13 others suffered varying degrees of injury after a Liquefied Petroleum Gas (LPG) tanker exploded in front of the plaza.

No fewer than 24 cars were also destroyed, while a part of the building was severely damaged by the incident which occurred at about 10.32p.m on Mobolaji Bank Anthony Way, Ikeja.

Majola said: “Our investigation is going on. At the end of the day, we will publish our report, and if we find out that anyone is liable, we will prosecute the person.

“We believe that bad practices cannot just continue in this country.

“Just to reiterate, we will complete our investigation, make it public and if we find out that there is any form of negligence by any means or firm or shape, we will certainly ensure that the law takes its course.”

He said the government recently held a meeting with stakeholders where the need to have very strict standards, especially with handling of gas, was emphasised.

Majola said the incident could have been avoided if the prerequisite safety standards was followed by the truck conveying the LPG.

“We have been told that the truck spilled its content. Ideally, every truck should have two safety valves.

“In the event that there is an external force, it will keep the content protected.

“Even if there is a little bit of escape, it won’t cause as much damage,” he said.

Also, Mr Abiodun Arole, Managing Director, OPIC, while describing the incident as a very big tragedy, commiserated with the victims on behalf of the Ogun State Government.

Arole said: “I am currently speechless because I never expected that the level of damage would be this much.

“My primary concern here is not so much about what we have lost in property, but the lives that have been lost.”

He also disclosed that the Lagos State Emergency Management Agency would carry out an assessment and integrity test on the property before any further decision could be taken by OPIC.