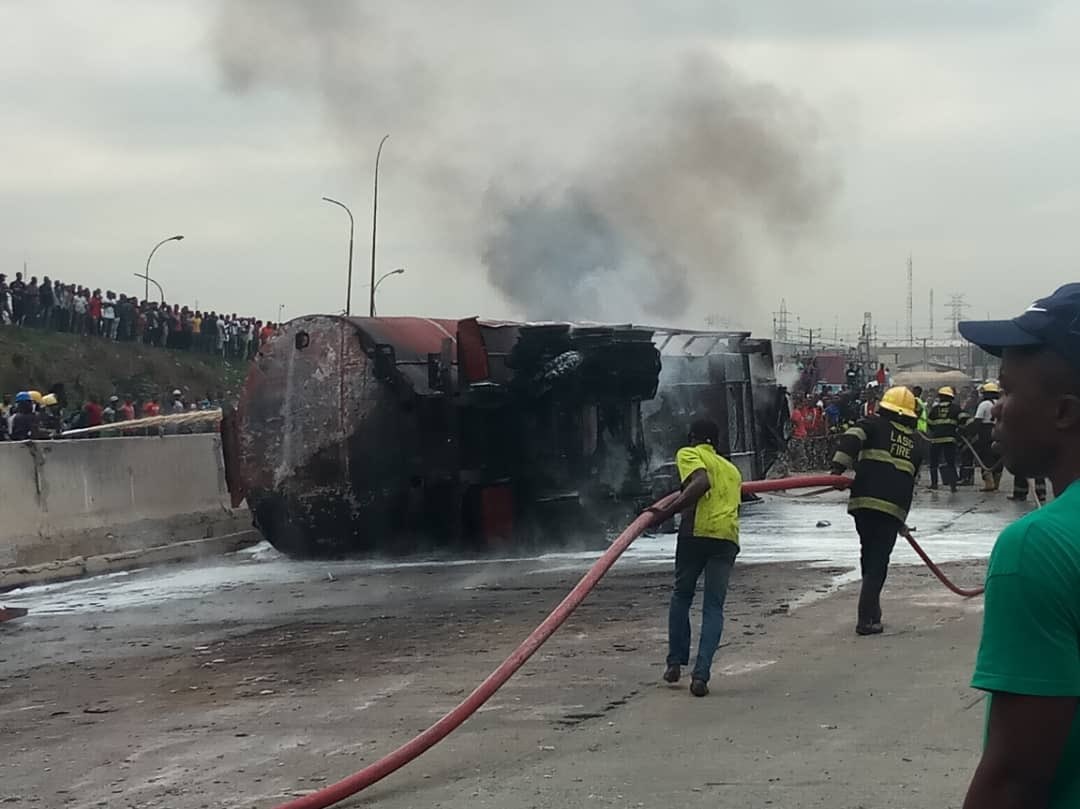 The Federal Road Safety Corps (FRSC) says a number of vehicles have been destroyed in a tanker explosion at Ogere on the Lagos-Ibadan expressway on Tuesday.

FRSC Sector Commander in Ogun, Mr Ahmed Umar, who confirmed the incident to our reporter, said that it occurred at about 6.20 a.m.

Umar explained that the explosion occurred in front of Romona trailer park at Ogere.

“The fire is serious; the number of vehicles involved cannot be ascertained yet.

“Ogun State Fire Service has arrived the scene, while FRSC operatives are on ground managing the traffic situation,” he said.

Saraki is blocking us from probing him, EFCC tells court