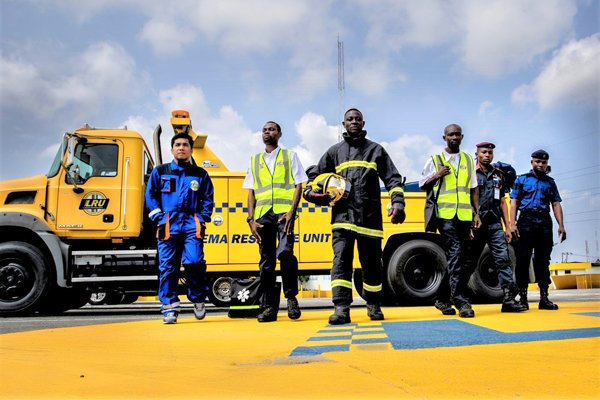 Lagos State Emergency Management Agency (LASEMA) on Tuesday said a major disaster was averted at the Mile 2 area of Lagos when an excavator mistakenly crushed an underground gas pipeline.

Dr Olufemi Oke-Osanyintolu, Director-General, LASEMA, said in a statement that the excavator working for a construction company accidentally crushed the gas pipeline resulting in a leakage from the pipe.

“Speedy intervention of the agency’s proper risk assessment and appropriate preventive measures ensured that the incident did not deteriorate into another major disaster.

“Part of the rapid success was quick shutdown of the operational valve feeding the pipe which resulted in the gradual reduction of the gas pressure till it was shutdown finally.

“This was followed by another round of blanketing of the entire area again by firemen for safety purpose,” he said.

According to Oke-Osanyintolu, on arrival at the scene of incident, the agency’s response team encountered the leakage.

“Further investigations revealed that an excavator belonging to a road construction company (HITECH), while working on the road, accidentally crushed the gas pipeline.

“The entire was cordoned-off while Lagos State Fire Service and LASEMA were blanketing the said pipe.

“Right now, the operation has been concluded and the road has now been opened for vehicular movements,” he said.