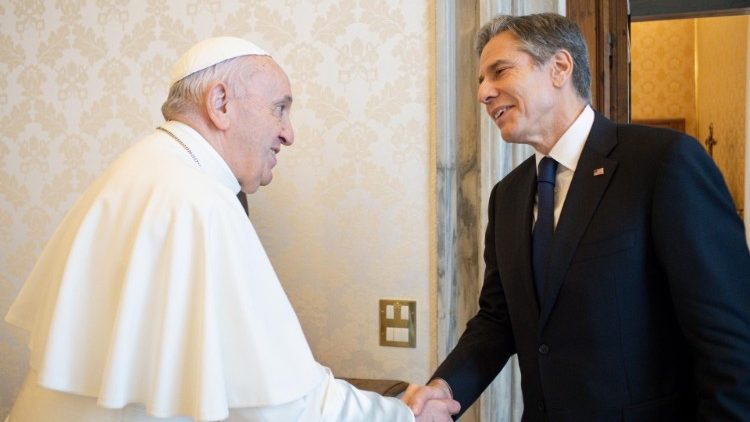 The Holy See on Monday reported that Pope Francis received U.S. Secretary of State Antony Blinken, who is on his first European tour.

Matteo Bruni, the director of the Holy See press office, reported that the private audience lasted for 40 minutes and took place in a cordial atmosphere.

“It offered the Pope the occasion to recall his apostolic visit to the U.S. in 2015 and to express his affection for the people of America.’’

The U.S. state secretary arrived in Rome on Sunday. Prior to Italy, he had visited France and Germany.

Blinken’s predecessor, Mike Pompeo, who visited the Vatican in October 2020, was denied a private audience with the head of the Catholic Church over the Trump administration’s attacks on the Vatican’s relations with China.

Pompeo had attended the Holy See’s Symposium on Advancing and Defending Religious Freedom through Diplomacy at the U.S. embassy where he slammed the unmatched force of China’s alleged crackdown on the freedom of religion and called on all religious leaders to find the courage to confront this.

This took place at a time when the Vatican was due to extend a landmark agreement with Beijing, which in 2018 put an end to their bitter strife over the bishop appointment regulations.

The Holy See and China have had no diplomatic relations since 1951. The Vatican is the only European country to have official ties with Taiwan.