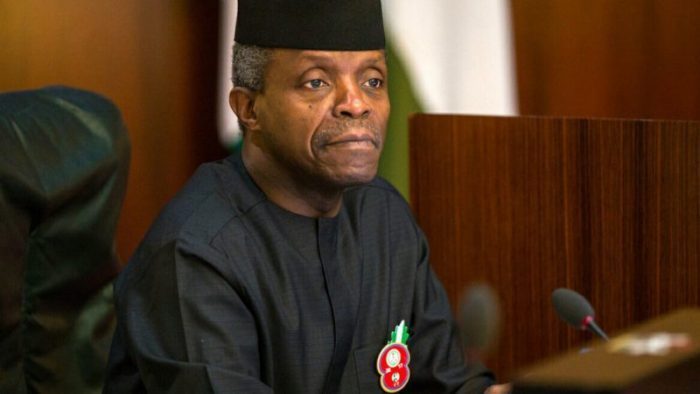 Vice President Yomi Osinbajo is among dignitaries expected to attend the Coronation of the 15th Emir of Kano, Alhaji Aminu Ado-Bayero on July 3, the Chairman, Publicity Sub Committee of the coronation, Alhaji Abbas Dalhatu, has said.

It was reported that the emir is the 15th Kano Emir from the Fulani ruling class, and the 59 emir to rule Kano.

Dalhatu said at a press briefing on Wednesday in Kano that the event would hold at the Sani Abacha Stadium, Kano.

According to him, Secretary to the Government of the Federation, Mr Boss Mustapha, Emirs, diplomats, government officials, captains of industries, among others, are also expected to attend the coronation.

Dalhatu said 4,000 security personnel comprising police, civil defence, DSS operatives, KAROTA officials and others, would be deployed to provide security during the event.

He disclosed that activities lined up for the coronation included a public lecture entitled: ‘Kano Emirate Council: Yesterday, Today and Tomorrow’, to be presented by Prof. Abdalla Uba-Adamu at Bayero University, Kano on July 1.

It will be followed by Jumaat prayers on July 2, and a durbar on Monday, Dalhatu added.