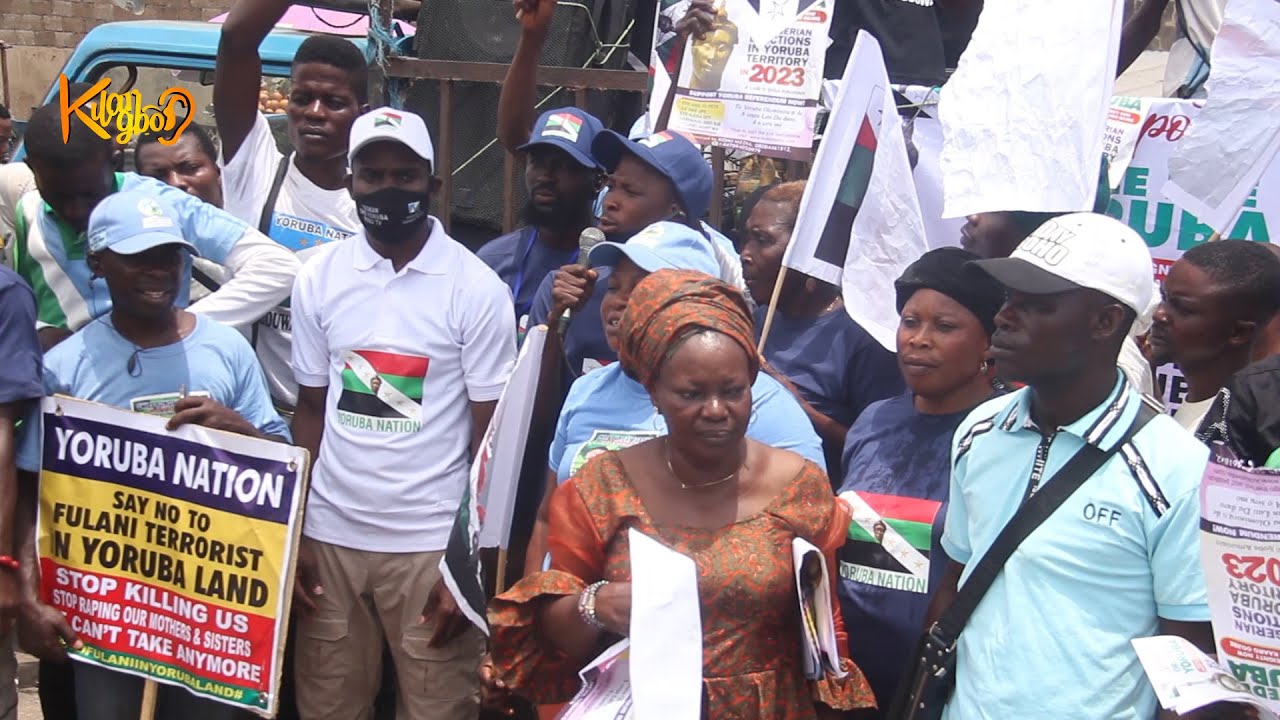 Despite the heavy presence of armed policemen around Gani Fawehinmi Park, Ojota, Lagos, agitators of the Yoruba nation on Saturday gathered at the park.

Chanting different songs of freedom and flying their flags, the protesters said the nation is bleeding and they need Oodua Nation.

The agitators insist that it is time to have a separate nation for the Yoruba ethnic group because they are suffering and are being marginalised.

They insist that their rallies are peaceful and had taken place in other southwestern states before Lagos State. The agitators surfaced around 11.20 am when the Commissioner of Police, Hakeem Odumosu, was addressing journalists.

Before the agitators arrived at the scene of the protest, the police said they are prepared to ensure that there is no breakdown of law and order.

A combined unit of Op Mesa, Task Force, Rapid Response Squad and police officers led by the Commissioner Of Police, Hakeem Odumosu were seen at the park calming those already gathering for the rally.