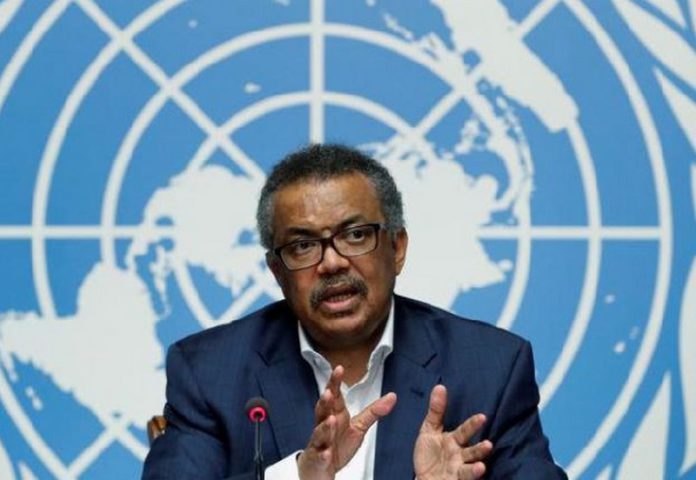 Dr Tedros Ghebreyesus, World Health Organisation (WHO) Director-General says equitable distribution of equipment and medicines to fight the Coronavirus (COVID-19) is the only way out of the global crisis.

Ghebreyesus in his remarks to a meeting of the advisory group on Tuesday, however, made case for investing in the tools.

Briefing the ACT Accelerator Facilitation Council, Ghebreyesus stated that although countries had made progress in controlling the virus, the pandemic was still in a very dangerous phase.

“Our only way out is to support countries in the equitable distribution Editedsonal Protective Equipment (PPE), tests, treatments, and vaccines.

“It is not rocket science, nor charity.

“It is smart public health and in everyone’s best interest,” he said.

The Council, co-chaired by Norway and South Africa, provides guidance and advice to facilitate the work of the Access to COVID-19 Tools (ACT) Accelerator, launched last April to fight the new disease.

For Ghebreyesus, the meeting was an opportunity to discuss ways to address urgent needs and scale-up life-saving treatments amid what he described as “a two-track pandemic”.

Countries that are now able to open up, “are those that have largely controlled the supply of lifesaving of PPE, tests, oxygen, and especially vaccines.

“Meanwhile, countries without access to sufficient supplies are facing waves of hospitalisations and death.

“This is being compounded by virus variants,” he said.

The UN’s top health official pointed to signs of hope, as countries are beginning to share vaccines through the global solidarity initiative, COVAX, though he underscored the need for more action.

Currently, more than 180 nations and economies are taking part in the scheme, which aims to ensure everyone, everywhere has access to shots.

He added that the financing mechanism supporting COVAX, known as the Advanced Market Commitment, is fully funded for this year “but there are still substantial risks in the vaccine supply forecast.

WHO together with the International Monetary Fund, the World Bank and the World Trade Organisation are working to find practical ways to track, coordinate and advance deliveries to low and middle-income countries.

In June, the UN agency announced it was supporting the establishment in South Africa of the first technology transfer hub for mRNA vaccines, where manufacturers from developing countries will be trained in how to produce these new treatments.

Messenger RNA, or mRNA technology, instructs cells to make a protein that generates an immune response in the body, thus producing the antibodies that provide protection against a disease.

It is the basis for some of the COVID-19 vaccines being used by governments worldwide and by.

The director-general said the announcement of the hub is a positive step forward, “but we need manufacturers to help by sharing know-how and accelerating technology transfer.”