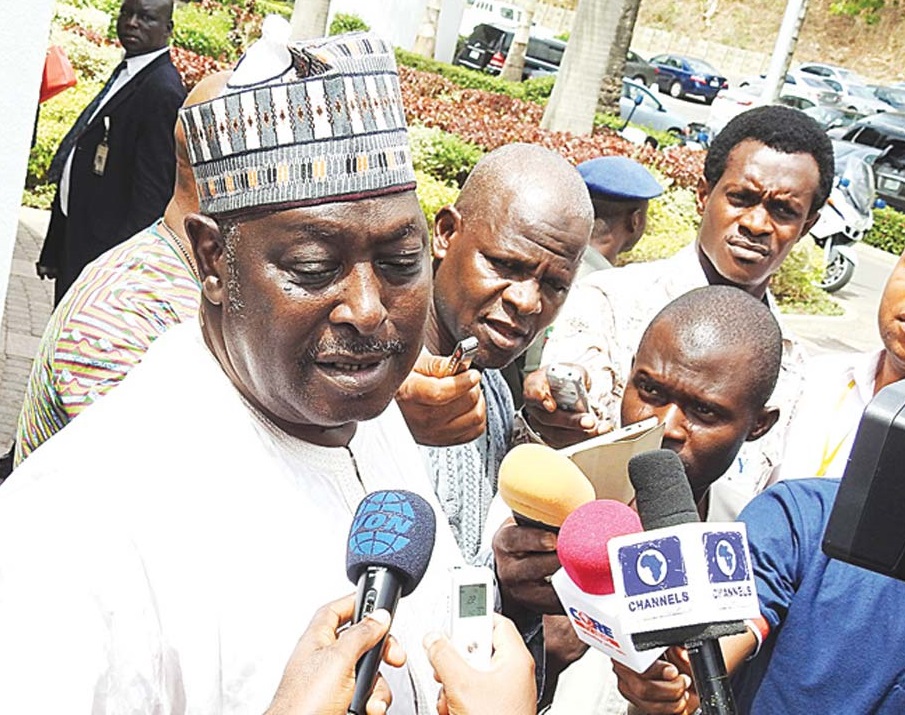 An FCT High Court in Jabi on Thursday adjourned until Oct. 6 and Oct. 7 the trial of former Secretary to the Government of the Federation (SGF), Babachir Lawal.

Babachir is charged with 10 counts bordering on on fraud, criminal conspiracy to diversion of over N544 million belonging to the Federal Government, in the award of contract in removal of evasive plant species in the North-East.

At the resumed sitting on Thursday slated for cross-examination before Justice Charles Agbaza, the prosecution’s third witness, Fatima Umar, a Deputy Director, Head of Digital Forensic Laboratory, EFCC, took to the stand, to be cross examined by Babchir’s counsel, Akin Olujinmi, SAN.

During cross examination, Umar confirmed that as a digital expert, she knew that the internet offered various possibilities in terms of use.

In addition, she admitted being aware of the activities of hackers on the internet and their ability to take over a third party’s device without physically touching nor without the consent or authorisation of the owner.

Umar however said that before a device is hacked into and data get transferred using Bluetooth facility, pairing of devices must be done first before transfer of data can be enabled, which ultimately meant the owner of the device will have knowledge of the transfer.

Olujimi on his part asked Umar to confirm that there was a possibility that if the phone was in possession of another person apart from the owner, such pairing and subsequent transfer of data could be done without his knowledge.

In her response, she said yes, but she however said that was not the case in the extant suit.

According to Olujimi, he said that there was possibility that the phone which was taken from one Musa Bulani by one Ibrahim Ahmad, an EFCC’s operative in Nov. 2017 did not get to Umar until March 9, 2018.

He therefore asked Umar to confirm the chain of custody within that period and the possibility that the phone was not tampered with and incriminating evidence planted in.

She confirmed that the phone was in perfect working condition when it was brought for data to be extracted from it and analysed, accompanied by consent, specific analysis and chain of custody forms.

Umar said she had to interact with the owner of the phone as he needed to be brought to the laboratory because the phone had a pass code.

“He was brought to the lab because in the consent form which was supposed to know the state and information of the device, whether it had a password or not and in this case.

“In filling the form, he included a password that was wrong, so I requested for him to be brought to give the correct password,” she explained.

Olujimi in response to her answer stated that evidence from exhibit eight which was a letter sent to Umar to extract and analyse information from the phone was just the consent form.

He also pointed out that the evidence about the phone being password was not in any document before the court.

In concluding his evidence, he asked Umar if she could haçk into another person’s phone with her knowledge as a digital forensic expert. She answered in the affirmative, but added “not in this case”.

It was reported that at the last adjourned date, the court had delivered a ruling on the objection raised by counsel to the former SGF, Olujimi, concerning some documents prosecution sought to tender.

The court in its ruling rejected the documents on the ground that conditions for their admissibility were not met by the prosecution.

The offence, the EFCC alleged the defendants committed during the time Lawal was the SGF and that he allegedly awarded contracts to these companies in which he had interests.

They, however, pleaded not guilty to the charge preferred against them.