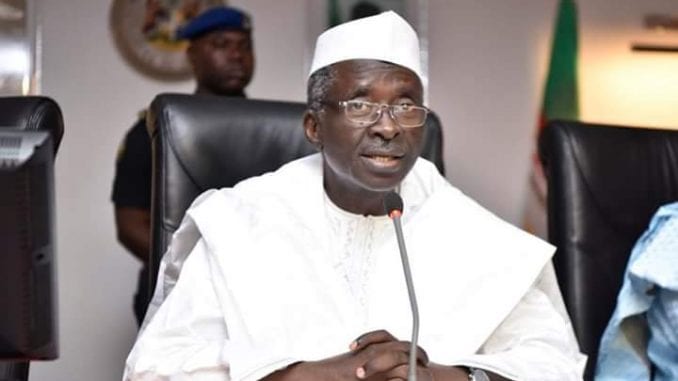 Laah told our reporter in Kaduna on Sunday that Bantex, who died of a protracted illness on Sunday at 64, was a brother and a “dogged politician”.

“Barntex contributed immensely to the political development in the state and the nation. He lived a productive and impactful life.

“Although we belonged to opposing political camps, he was one of the politicians in the south of Kaduna that I respected so much. I loved him as a person.

“I wish him eternal rest and pray to God to give his family and the people of Moro’a Chiefdom, Kaura Local Government Area and Kaduna State the strength to bear this colossal loss,” he said.

It was reported that Barntex was a two-term Chairman of Kaura Local Government Council, between 1997 and 2002. He also represented Kaura Federal Constituency at the National Assembly between 2007 and 2011.

He was the pioneer Chairman of the APC in Kaduna State and was Gov Nasiru el-Rufai’s deputy in his first tenure that spanned from 2015 and 2019.

In 2019, he picked the APC ticket to contest the Kaduna South Senatorial seat and lost to Sen. Laah. Both hailed from Kaura Local Government.