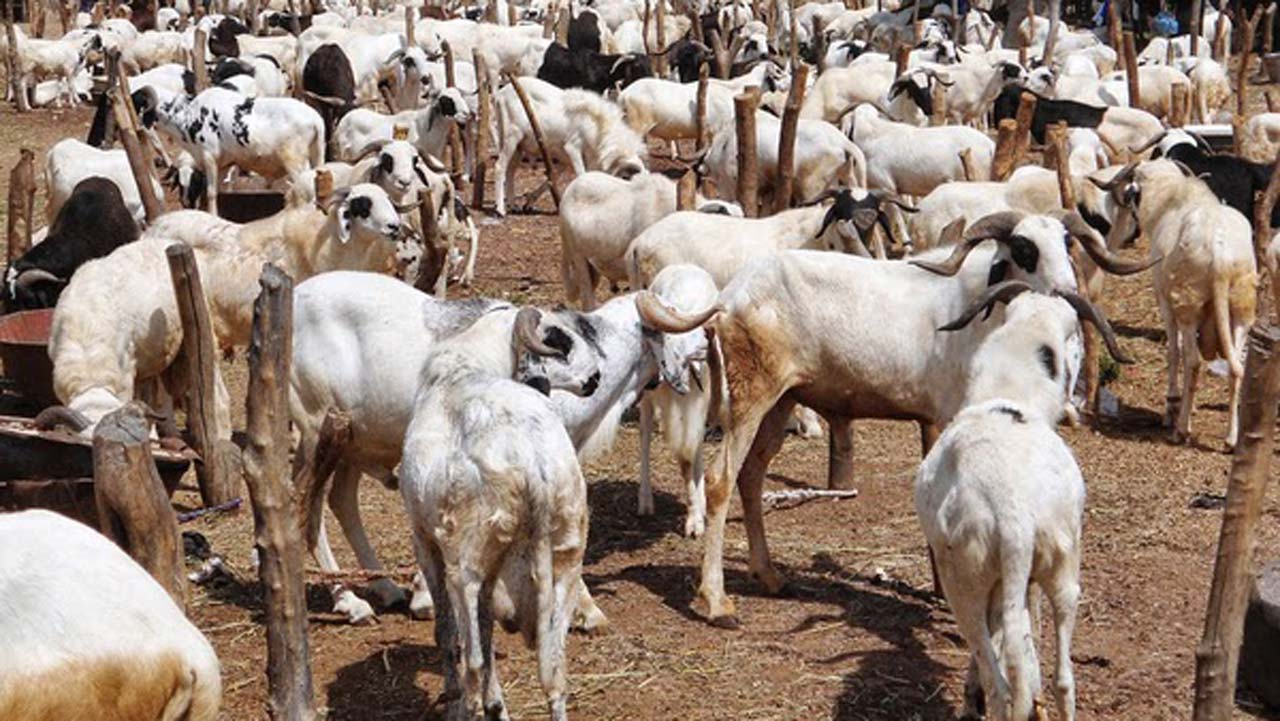 A survey at Kasuwar Shanu and other markets in the metropolis on Monday, showed that prices of ram had shot up by over 120 per cent.

It was also reported that various sale outlets had sprung up in various parts of the metropolis occasioned by high patronage of the animals for the festivities.

Ram, cow and other animals were in high demand for sacrifice by Muslim faithful during the Eid-el-Kabir celebration.

Also, textile materials indicated similar increase in prices as a five yards of wrapper was selling at N12,000 as against its previous price of N8,000 before the festive season.

Some of the dealers at the market attributed the hike in prices to high cost of animal feeds and transportation.

Malam Musa Sabo, a ram dealer, said the prices were on the increase due to high cost of feeds and transportation.

Sabo said that prices would further go up in view of the high demand amid low supply of the animals to the market.

“The hike in the prices of livestock is a result of the high cost of transportation and animal feeds.

“We spent much on transportation of the animals from Borno, Yobe and Sokoto to Bauchi.

“The high cost of feeds and transportation translated to soaring prices of ram this year,” he said.

Another ram dealer, Umar Baba, who described the trade as “lucrative,” said the supply of animals to the state had decreased in the past few years due to security challenges in parts of the West African sub region.

“Cows and rams are no longer coming from Niger and Chad Republics due to security challenges.

“The trend led to price hike because the demand outweighed supply,” he said.

Also, Mrs Alheri Adam, a boutique operator, attributed the increase in the price of clothing materials to high rate of Foreign Exchange.

“We don’t know how to explain this to customers, the wrapper which previously sold at N8,000 now costs N12,000.

“The major dealers complained of FOREX and high cost of production in the country.

“I am not making good sales now,” she said.

A cross section of the residents, however, accused the traders of taking advantage of the Eid celebrations to exploit customers.

Alhaji Ali Wunti, a resident, said that he bought a ram at the cost of N60,000, a trend which caused heavy drain in his pockets.

Wunti said that the same size ram cost N25,000 during the previous festive season, and accused the traders for the price hike.

“The sellers are taking advantage of the Sallah celebrations to exploit buyers,” he said.

Another resident, Garba Saidu, who corroborated earlier opinion, said most families in the area could not afford to slaughter ram for the Sallah due to exorbitant prices at markets.

He urged the traders to reduce the prices to enable more families to celebrate the Eid in a happy mood.

Jahun said that Muslims were encouraged to sacrifice animal bought through legitimate means.

According to him, the sacrifice is perform between 10th and 12th day of the month of Dhul-Hijja.

“The ritual is in memory of the sacrifice performed by Prophet Ibrahim.

“It involves slaughtering of domestic animal such as ram, sheep, goat, cow or camel,” he said.

Okei-Odumakin felicitates with Soyinka at 87