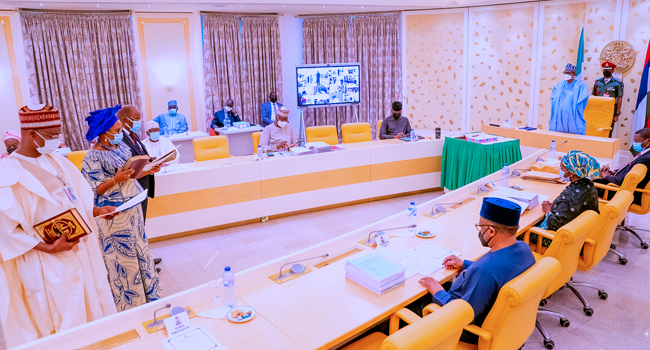 Our correspondent reports that the permanent secretaries were sworn in shortly before the commencement of the meeting of the Federal Executive Council (FEC).

The meeting, presided over by the president, was attended by the Vice President, Prof. Yemi Osinbajo, Secretary to the Government of the Federation, Boss Mustapha and the Chief of staff to the President, Ibrahim Gambari.

Ministers were also physically in attendance at the meeting while the remaining council cabinet members participated online from their respective offices.