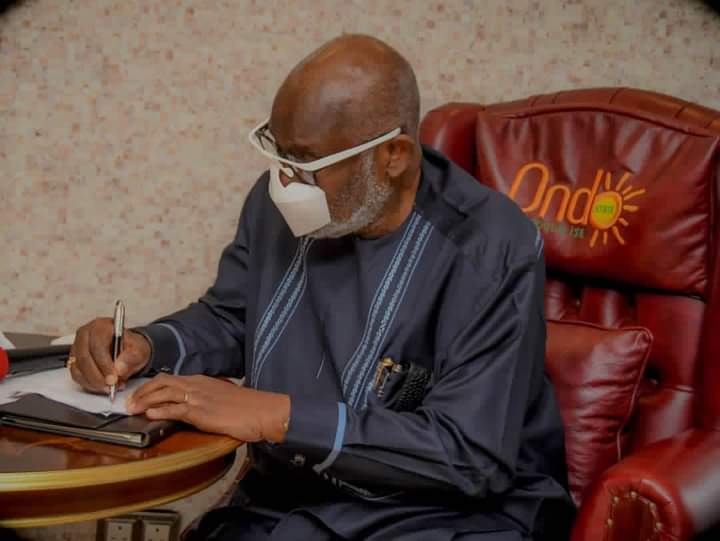 The governor, while assenting to the bill in Akure, said that it was not selective, but for everyone in the state.

He explained that although VAPP was for everyone, the state was particular about violence against the girl-child, adding that so many things were inherent in the new law.

Earlier, Speaker of the House of Assembly, Mr Bamidele Oleyelogun, had lauded Akeredolu’s efforts at ensuring massive infrastructural development in the state.

Oleyelogun explained that the bill was given express passage due to its importance, even though due process was observed.

“We even set up a special committee to peruse the bill, while the public hearing on it was attended by various stakeholders,” he said.

Also speaking, Wife of the governor, Mrs Betty Anyanwu-Akeredolu, asked for more appointments and opportunities for women in the state.

She explained that the law would protect the girl child and women against all forms of violence.

Similarly, Mrs Catherine Ogunjebi, representative of International Federation of Women Lawyers (FIDA), commended the assembly for the speedy passage of the bill.

She called on the public to report any violation of the bill, with a promise to ensure that such cases would be pursued to logical conclusion.

“The implementation of VAPP is much more than its passage. It is not biased; it is for all of us and it is gender- balanced,” she said.