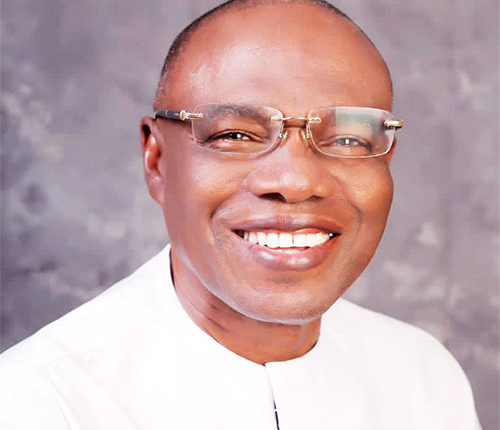 An Anambra High Court has ordered the Independent National Electoral Commission (INEC) to recognise Sen. Ugochukwu Uba as the Peoples Democratic Party’s (PDP) candidate for the governorship poll in the state.

The presiding Judge, Justice Obiora Nwabunike, gave the order in his judgment on the matter instituted by Uba, against INEC, PDP and Valentine Ozigbo, as defendants.

Nwabunike also awarded N10 million damages in favour of the plaintiff as cost of litigation.

Uba had approached the court in Suit No. A/230/2021 to determine if the primary election conducted by the National Executive of PDP at the Dora Akunyili Women’s Development Centre on June 26 was done according to the law.

He also sought the determination of the court on whether an Abuja High Court Order on a suit by one Samuel Anyakorah against PDP, bordering on validity of the process that produced the party’s factional state Chairman, Chief Ndubuisi Nwobu, had been set aside or stayed.

He also prayed the court to determine if the process of the primary, which produced Ozigbo through ‘Super Delegates’ was in line with the provisions of the Electoral Act, which states that primary elections would be done through delegates’ congress.

Nwabunike said that the Court Order, which restrained PDP from conducting the primary election had neither been stayed nor set aside.

He said although PDP had its Constitution and national executive, both could not be above the order of Court.

He further said that the party had not successfully vacated the extant orders before conducting the primary.

He said that PDP erred by not clearing every legal huddle before the primary election, hence the process was in defiance of the law.

According to him, an order of court remains subsisting unless and until it is upturned or set aside.

The court, therefore, resolved that the primary, which produced Uba at the Paul University’s complex on June 26 was lawful and in accordance with the Electoral Guidelines.

It also threw out an application by PDP, which was brought against him on the judgment day for lacking in merit.

Recall that INEC on July 16 published the list of candidates for the Nov. 6 election with no candidate for PDP.

Welder, 26, in court over alleged robbery