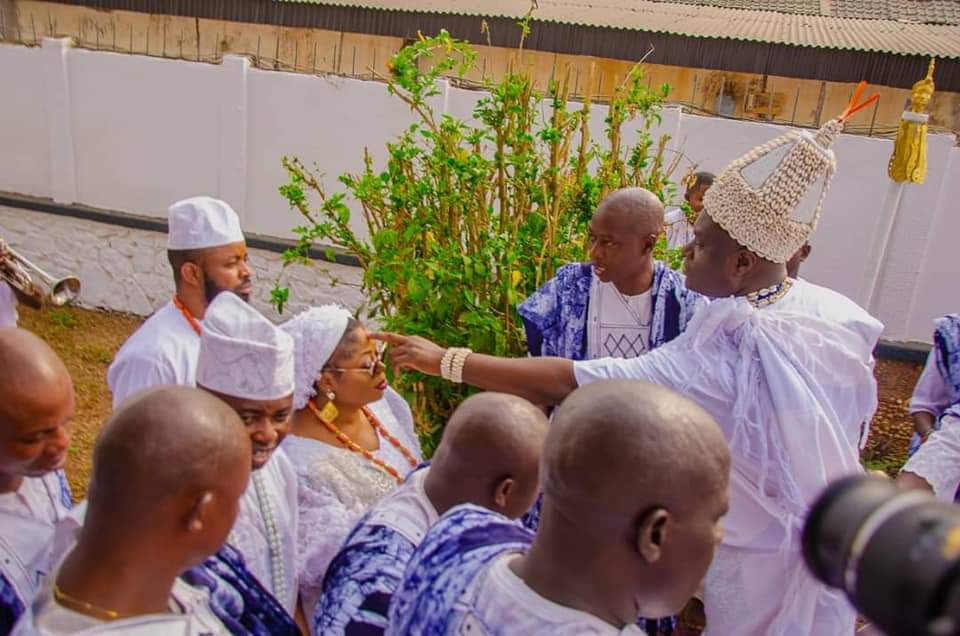 The Ooni of Ife, Oba Adeyeye Ogunwusi, Ojaja II, has conferred the prestigious title of Iyalode Oodua on a business tycoon of repute, Princess Toyin Kolade in his palace, Ile-Oodua, Ile-Ife.

The Ijesa born business tycoon, who arrived Ooni’s palace with a large entourage first sat at the fore court of Ooni’s residence with her husband where some traditional rites were performed on her before she was led to Idi Aje’s place (place of wealth) at Oja Ife.

After the necessary rites, she was led to Ooni’s palace where dignitaries were already waiting for the new Iyalaje Oodua.

Prayers were offered the new Iyalaje Oodua by arrays of traditional rulers who were present at the installation ceremony on Friday.

He also admonished the new Iyalaje Oodua to work more for the promotion of Yoruba culture and tradition.

Ooni prayed for more prosperity of the Yoruba race and called for cooperation that can enhance commerce and promote peaceful coexistence within and outside the race.

Oba ogunwusi admonished the newly installed Iyalaje Oodua to use the office to work for the promotion of Yoruba tradition and cultural heritage.

Responding, the Iyalaje Oodua, Kolade described the installation as a divine call to duty and promised to continue to work for the prosperity of the Oduduwa race.

She said that her choice for the post was divine, called for cooperation that would enhance trade and commerce among the people of the race.

Others were Speaker, Kogi State House of Assembly, Rt. Hon. Kolawole Matthew; captains of industries and other eminent personalities graced the occasion.