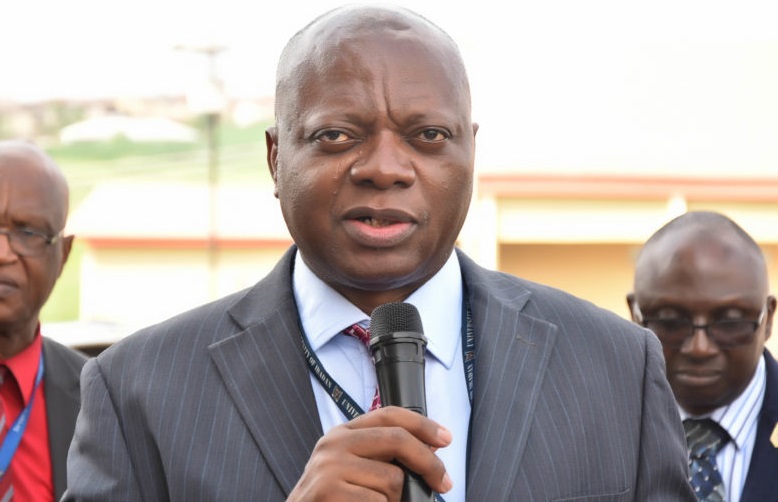 A Former Vice- Chancellor, University of Ibadan (UI), Prof. Idowu Olayinka, has described the demise of a renowned Virologist, Prof. David Olaleye, as a colossal loss to the Nigerian Science Community.

It was reported that Olayinka stated this in Ibadan on Tuesday while reacting to the death of Prof. Olaleye, Head of the Clinical Virology Laboratory, College of Medicine, University of Ibadan.

Olayinka said that the news of Olaleye’s death came as a rude shock in the early hours of Tuesday.

“I sent an early morning birthday message to him six days ago when he turned 67 years and as he replied promptly.

“His transition is a colossal loss to the Nigerian science community.

“Although we were undergraduates of the University of Ibadan at the same time, I did not get to know him until we arrived at the NYSC Orientation Camp in Port Harcourt early August 1981.

“Through a dint of hard work and perseverance he rose rapidly through the ranks to become one of the most respected Virologists that Nigeria has ever produced,” he said.

“And on many Committees of Council and Senate where he served diligently and dutifully, especially the Appointments and Promotions Committee for Academic Staff, where he was for many years a ranking member either as the Dean of Basic Medical Sciences or as the Faculty Representative.

“A full Professor since 1995, he had a lot of institutional memory. It hurts very deeply to refer to him in the past,” Olayinka admitted.

According to him, Prof. Olaleye will be remembered for his frankness and forthrightness at all times no matter whose ox is gored.

“We pray for the repose of his great soul. The good Lord will comfort his family and the rest of us who knew him,” the former VC said.

Also, Prof. Adefolarin Malomo, a Consultant Neurosurgeon, University College Hospital (UCH), Ibadan, also said that “all one can say is that it is a very painful event.”

According to the former Oyo State Chairman of the Nigerian Medical Association (NMA), Olaleye’s death is a loss not only to the UI and College of Medicine, not even only to Oyo State because his activities cut across the country and the black world.

“He will be sorely missed for his contributions and his expertise because he worked for WHO and for so many top notch organisations and with many colleagues.

“We will all miss him very badly. I tell you this will be quite a gap that will be striking for a long time to come.

“But we thank God for his life. He is a man of faith. He lived his faith and his work and he gave it the best that he’s got,” Malomo said.

He further stressed that the lessons learnt from his demise were diligence and hard work.

In an interview with our correspondent, also a former NMA Chairman (Oyo State), Dr Akin Sodipo, described the death of renowned virologist as a shock and irreparable loss to the medical community and Nigeria at large.

“He played a pivotal role in the Oyo State emergency response to COVID-19, he provided viable support for the COVID-19 task force in the state.

“His death has created a vacuum too hard to fill and we pray that God will grant his family, friends and the medical community the fortitude to bear the irreparable loss,” he said.

It was reported that Olaleye born July 21,1954 was one of Nigeria’s most respected and distinguished virologists.

He was until his death on Tuesday, the Head of the Clinical Virology Laboratory, University of Ibadan.

He was also the Director of the WHO, National Influenza Centre, University College Hospital, Ibadan.

The renowned virologist was known for his groundbreaking work on HIV/AIDS.