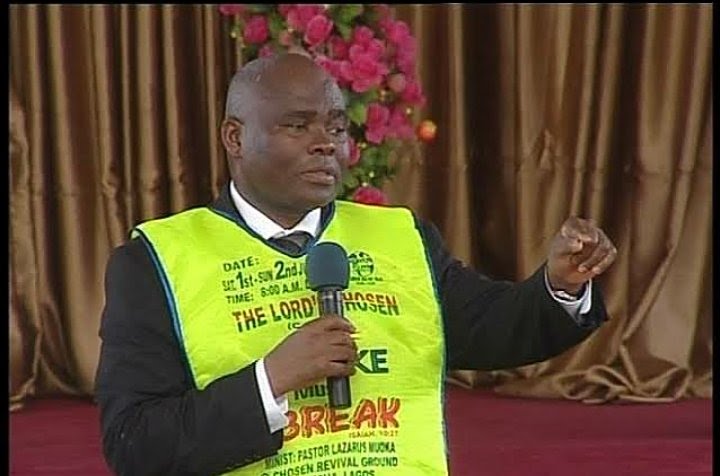 Pastor Lazarus Muoka, the General Overseer, the Lord’s Chosen Charismatic Revival Movement Worldwide, has called on the leadership of the country to seek divine intervention over insecurity and other challenges facing the nation.

Mouka made call at the end of a two-day national prayer and intercession programme organised by the church in Lagos on Sunday.

It was reported that the programme titled: ‘God has Sworn to Bless Me” is to seek God’s face for the nation.

The general overseer said that the solution to the problems of the nation lies solely in the hands of God.

According to him, God loves Nigeria that is why in spite of all that the country has been passing through He made the nation to remain united.

Mouka gave assurance that if the leadership of country would seek the face of God in prayers God would intervene in all the challenges of the country.

He, however, warned against sin and iniquity, which he said would be obstacles against their prayers.

He stressed the need for holiness and righteousness at all levels of government for the nation to rise above its daunting situation.

The cleric also led the thousands of worshipers to pray against banditry, kidnapping, killings and social vices bedeviling the nation as well as shealing from every infirmity and revival for the country.

The general overseer of the church said God had heard the cries and sufferings of the people and would bring healing to the land .

“With your appeal to God today for country; banditry, kidnapping, hunger and starvation will take flight from your midst and your land.

“The scripture says we should ask for us to receive and to come to God in repentance for healings to take place.

Having known our plight over the years, your people have shown remorse, therefore, God heal them from every infirmity and anxiety,” he prayed.