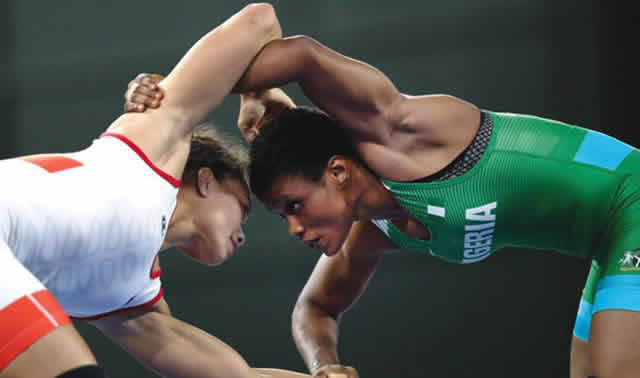 Aminat Adeniyi on Tuesday lost in the round of 16 of the women’s freestyle 62 kg event of the wrestling competition at the ongoing 2020 Olympic Games in Tokyo.

It was reported that Adeniyi lost to Iryna Koliadenko of Ukraine by a fall in the fight at the Makuhari Messi Hall.

The 28-year-old Nigerian was leading 4-2 on technical points after two minutes 56 seconds in the fight’s first period, but she succumbed to a fall to give victory to her opponent.

It was reported that Team Nigeria’s team of five wrestlers has now been depleted to three women and one men.

Whittaker regrets not wearing medal after feeling like a “failure”