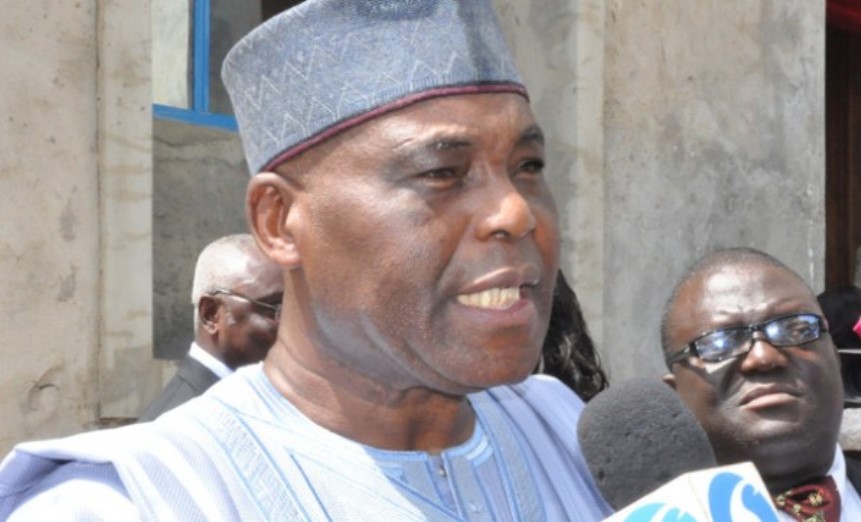 The Chief Judge of the Federal High Court, Justice John Tsoho on Tuesday in Abuja, issued an order unfreezing the bank account of the Chairman of Daar Communications Plc, Raymond Dokpesi.

The judge ordered that the account domiciled at First Bank be immediately ‘unfrozen’ since the criminal charges which precipitated the restriction on the account had been dismissed and Dokpesi discharged and acquitted by the Court of Appeal.

The judge said that the Economic and Financial Crimes Commission, (EFCC) had no basis to put a post no debit order on the account in view of the subsisting and valid judgment of the Court of Appeal.

He held that there was no application by the EFCC for stay of execution of the appellate court’s judgment which quashed the criminal charges against Dokpesi.

Justice Tsoho said that in the absence of a stay of execution, the court was bound by law to recognise the judgment of the appellate court.

He ordered that the freeze order and post no debit on the account be immediately removed in compliance with the appellate court’s judgment.

Ruling on the claim by the EFCC that it had appealed the appellate court’s decision at the Supreme Court, the judge held that the notice of appeal filed at the apex court could not in law stay the execution of the subsisting judgment.

He added that the anti-graft agency ought to have obtained a stay of execution of the judgment.

He further ordered that all documents seized from Dokpesi should be immediately returned to him.

It was reported that Agabi, while making arguments in support of the application, prayed the court to issue an order unfreezing Dokpesi’s bank account frozen on the strength of the alleged N2.1 billion fraud charge against him.

The senior lawyer had submitted that the criminal charges in respect of N2.1 billion had since been dismissed by the Court of Appeal Abuja division but the EFCC wanted to continue to hold his client in bondage.

Agabi had further argued that the charge which led to freezing of the account no longer existed following the decision of the appellate court on the matter.

He had tendered two judgements of the Court of Appeal to establish his claim that the criminal charges against Dokpesi had been quashed.

He held that until the judgments were set aside the EFCC could not continue to freeze his client’s account.

However, EFCC counsel Mr Oluwaleke Atolagbe had opposed the application on the grounds that the anti-graft agency had already filled a notice of appeal against the appellate court’s judgment at the apex court.

Atolagbe had urged the court not to unfreeze the account yet until the final decision of the Supreme Court in the matter adding that the N2.1 billion logged in the frozen account formed the basis of the charge.

He also opposed to the request for the release of Dokpesi’s document in possession of EFCC on the grounds that no specific document was mentioned in the request.

It was reported that on April 1, a three-member panel of the Appeal Court in a unanimous judgment freed Dokpesi from the charges after it held that the prosecution failed to establish the ingredients of the charge. The EFCC had in 2015 dragged Dokpesi to court accusing him and his company of illegally receiving funds considered as proceeds of crimes from a former National Security Adviser (NSA), rtd Col. Sambo Dasuki.

He pleaded not guilty to the charges and went further to file a no-case submission after the prosecution closed its case in November 2018 after calling 14 witnesses.

However, the trial judge, Justice Tsoho, rejected the no-case submission and ordered Dokpesi and his firm to enter their defence.

Not satisfied, the defendants then approached the Court of Appeal, with a request to nullify the decision and free him from the charges on the grounds that the prosecution failed to establish a prima facie case against them.

In the unanimous judgment delivered by Justice Elfreda Williams-Dawodu, the appellate court agreed with the appellants that the case of the respondents lacked merit having “failed woefully to establish a prima facie case against the appellant”.

According to the judgment, for any case to be established against the defendants, it is necessary to first prove the ingredients of offence in the predicate offences in counts 1 to 4 of the seven-count charge which bordered on criminal breach of trust, division of funds, money laundering and corruption.

The court further held that EFCC failed to prove that the N2.1 billion allegedly received by the appellant was a proceed of breech of trust and accordingly set aside the decision of the lower court which held that the appellants had a case to answer.

“No case was made against the appellant in counts 1, 2, 3 and 4 to warrant his being called upon to open his defence.

“There is no possibility that the appellant can be convicted because the evidence are manifestly unreliable.

“I am of the view that irrespective of the ingredients stated earlier, and those by the appellant and first respondent respectively, prior proof or establishment of the predicate offences in count 1,2,3 and 4 of the amended charge is sine qua non to the proof of the offences of money laundering specified in the said counts.

Court terminates marriage on grounds of lack of love

I-G replaces Kyari with Disu as Head of IRT