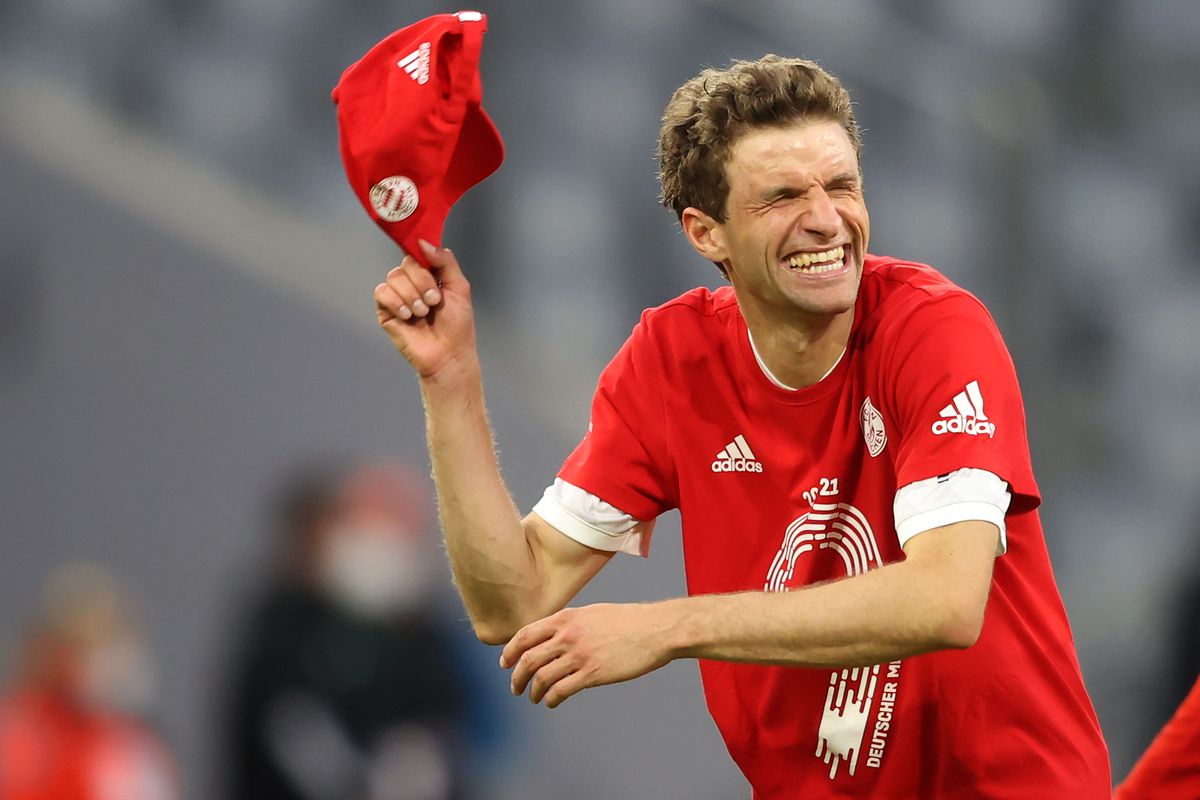 Bayern Munich’s Thomas Mueller wants to continue playing for Germany under new national coach Hansi Flick having been recalled to the team by former coach Joachim Loew for Euro 2020.

The 31-year-old Mueller has already spoken with Flick and told Spiegel magazine he has “already signalised my willingness to keep being there”.

Unlike Real Madrid midfielder Toni Kroos, who has retired from the national team, Mueller is eager to continue under the coach who inspired him at club level.

“Hansi Flick is the coach who boosted me at Bayern Munich,” said Mueller, who was in and out of the team under Niko Kovac before Flick took over on the bench in November 2019.

“He has brought me to an even higher level.”

Mueller and Flick won the treble together as part of seven titles overall during their time at Bayern Munich which ended when the coach departed for the national job.

They also worked together in lifting the 2014 World Cup for Germany when Flick was assistant to Loew.

He was recalled before the Euros alongside Borussia Dortmund defender Mats Hummels having previously been dropped by Loew in a bid to freshen up the squad.

Flick, who makes his Germany debut with a triple header against Liechtenstein, Armenia and Iceland early September, has said he wants to pick the best players regardless of their age.

Borussia Moenchengladbach midfielder Florian Neuhaus is also hopeful of boosting his status in the Germany squad but has not yet spoken to Flick.

“There hasn’t been a talk yet,” Neuhaus told Redaktionsnetzwerk Deutschland on Friday. “But a new start is always a new chance.”

Neuhaus wants to play a part in the 2022 FIFA World Cup qualifiers “but first there has to be success with Borussia Moenchengladbach,” he said.

The 24-year-old Neuhaus has played six senior internationals, scoring twice, and was in the Euro 2020 squad without playing.

“I wasn’t on the pitch a single minute and we exited already in the last 16,” said Neuhaus. “That has really hurt me.”

Kane to train with Tottenham on Friday