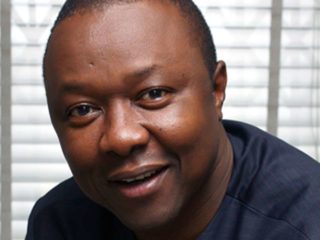 For about seven months, between July 29, 2020 and February 22, 2021, he walked with a swagger beyond the hallowed chambers of the Bureaucrat House of Association of Senior Civil Servants of Nigeria, which he superintended with the exuberance of a privileged civil servant, cerebral gusto of a pseudo-intellectual and the eagerness of an eagle.

One had wished that Audu Bola Innocent would end well. Now, he has been tamed. Dimmed too were his impulsiveness and intrepid disposition. His travail was a self-inflicted hubris. And today, the hunter is being hounded and hunted. Quite unfortunately, Audu is an iconoclastic fall guy. Bola Audu had assumed office in July 2020 as the National President of Association of Senior Civil Servants of Nigeria with the effervescence of a man born to lead.

He was held as a man who would dare. Bola raised dust about others’ malfeasances. His several altercations with Comrades paints a picture of a President with an angelic toga who can be qualified as Mister integrity, who will go all way to ensure that ASCSN members interest will be his topmost priority.

But little did we know of the chameleon nature of the Edo State born Kogi State indigene Bola Audu who at inception exhibited the chivalry of a trained soldier when he picked up his gauntlet to fight every battle. His case can be likened to well liked Jacob Zuma of South-Africa, who came to top echelon of political post through the support of the poor and already exploited South-Africans but ended up stealing from the commonwealth and hard-earned resources of the Country.

He began to display his greed dictated attributes in less than two months into office as the National President of the most populated and populous industrial union in West Africa, ASCSN. First was his request for increased organizational expenses, honorarium and his public relation expenses. He subsequently hijacked the contract to supply December gift items for members and associates of the union and also made frantic efforts to also personalize members foreign training contract, which he intended to give to his wife.

The Ondo State affiliated Bola Audu without consideration to the poor state of the rebates of his constituent members at ASCSN (CHAPTER ELECTED OFFICERS) in August 2020 requested for sixty-nine million naira (N69, 000,000.00) worth of car as his official car. What an exuberant privileged civil servant who forgot his root.
This amount was however paid to his bank account between October 2020 and December, 2020. Apart from the above enumerated financially induced transactions of BOLA, without any official responsibility, he left his place of work in Abuja and relocated to Lagos in order to be milking the union’s finances further through night allowances claims, hotel accommodation, honorarium claims and even provision for side-chicks and entertainment allowance on a daily basis.

His travail started barely seven months into office on the 22nd February, 2021 when security operatives of the National Agencies for the Prohibition of Trafficking in Persons (NAPTIP) arrested the former National President of the Association of Senior Civil Servants of Nigeria, Mr. Bola Audu Innocent during an in-house meeting with some Central Working Committee members in Abuja on allegation that he was involved in human trafficking and exploitation of vulnerable.

This allegation to many of us came as a rude shock due to the angelic tainted posture he wore while assuming office as the National President of the union. Our expectation was however that he will go all out to exonerate self from this inhuman, cruel and uncomradely allegation but instead, the then embattled President chose the path of chasing shadows rather than clear his name.

Instead of looking for workable medium to clear his name from the legal issue against him, he decided to work hard to drag the Union into the mud he is in because he sees the union as his work-CHOP. In achieving this goal, he employed the services of one carry-ka-chop commercial activist who has been desperately looking for means to drag the image of the UNION into sludge. The irony of the issue is that the individual standing tall to pull the union down was severally saved by the same union when he was caught on occasions having sexual intercourse with under-aged secondary school female students while he was serving at one of the unity colleges in the Country.

As if all he did at soiling the name of the union through making efforts to forcefully take possession of the union’s Abuja annex office was not enough, Audu who is supposed to be well abreast of the constitutional medium of solving intra-union crises as entrenched in the constitution resolved to approach the court and even berates the thinking faculty of the National Executive Council (NEC) members of the union who in the interest of saving the face of the union and also employing other approaches to pull him out of the self-inflicted crises decided at its emergency meeting in Abuja earlier in the year that he should step aside in the interest of the platform.

I’ve also discovered through my personal observation that Bola Audu did not respect the organs and constitution of the union. His approaches to issues is more like a dictatorial Hitler in civilian regalia, who doesn’t believe in either the CWC and even the NEC members in taking decision that will protect, promote and advance the course of our members and platform in his absence but little did he know that the platform has been in existence before him and will continue even after him.

For us, ASCSN has moved on with the elevation of Comrade Tommy Etim as the substantive National President of the union; a Central Working Committee decision that was cemented by the National Executive Council members during its meeting on 16-17 August, 2021 at Airport hotel in Lagos. My prayer is that your name, INNOCENT will prevail by showing your innocence and clean you up from this horrible human trafficking related allegation….