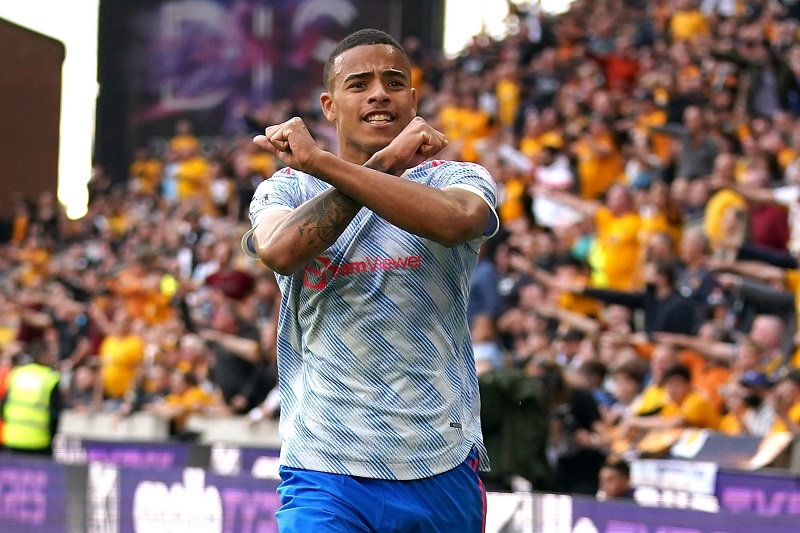 Mason Greenwood struck a late goal to give Manchester United a 1-0 win at Wolves in the English Premier League (EPL) on Sunday.

The win ensured that the Red Devils set a record for matches unbeaten away from home.

The teenager’s right-foot finish settled a tight contest in which Wolves had looked the more dangerous for much of the first hour.

David de Gea had to make one incredible save to keep the scores level in the second half.

Manchester United, who handed first starts to Raphael Varane and Jadon Sancho, grew into the game after toiling early on.

They eventually took maximum points while making English football league history with a 28th league game without defeat on their travels.

It capped a memorable week for Ole Gunnar Solskjaer’s men, who are set to bring Cristiano Ronaldo back to the club from Juventus in the coming days.

Adama Traore, starting in spite of speculation linking him with Tottenham, set up Francisco Trincao for the best of the early chances.

But De Gea saved well with his feet.

Bruno Fernandes fired the ball into the net from Paul Pogba’s ball over the top but the offside flag was raised, as Manchester United ended the half without a shot on target.

Manchester United were all over the place when Greenwood lost the ball in attack, and Traore rolled it to Trincao 12 yards out.

But he miscued his finish and could not even find the target.

After Traore forced another Wolves corner-kick, De Gea made a remarkable double save.

This was to keep out Romain Saiss’ header and then stop the defender smashing home the rebound from point-blank range.

It proved a pivotal moment.

With 10 minutes remaining, Ruben Neves gave the ball away near his own penalty box and referee Mike Dean waved away free-kick appeals.

Varane then fed Greenwood, and the teenager’s strike was too powerful for Sa to keep out.

Following the international break, Manchester United will hope to have Ronaldo available for the home game with Newcastle United on Sept. 11.