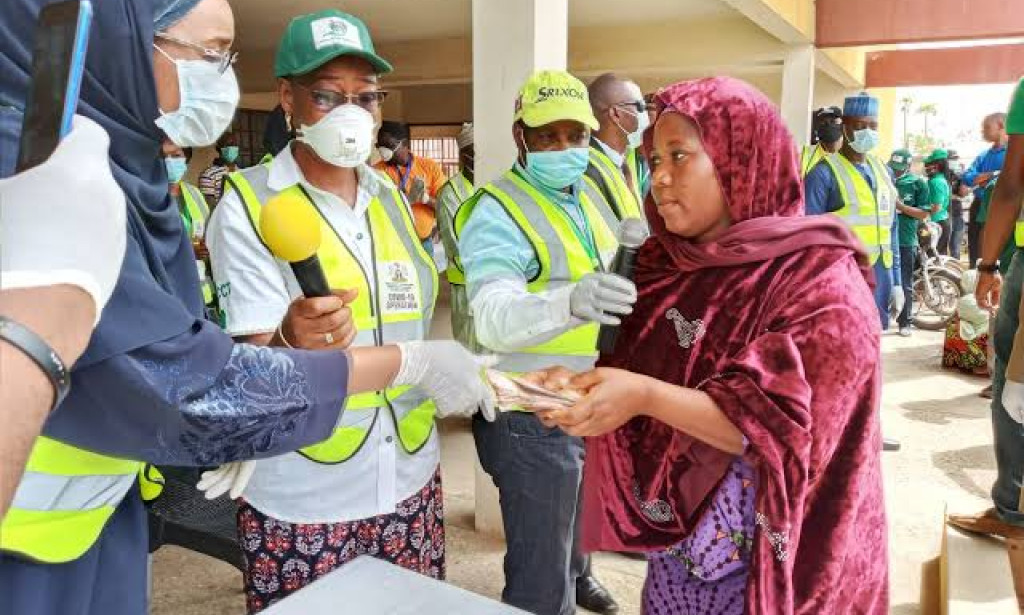 Some beneficiaries of the Federal Government’s Conditional Cash Transfer (CCT) in Kogi have expressed joy over the payment of the backlog of their stipends.

It was reported that the payment covered January to April 2021.

The CCT is the disbursement of N5,000 monthly stipend to the poor and the vulnerable households under the Federal Government’s Household Uplifting Scheme.

The scheme is a component of the National Social Investment Programme (NSIP).

They also thanked the Federal Government for choosing communities in Okene to test run the introduction of the digitised mode of payment to beneficiaries.

Halimat Usman, 75, and Ikhmat Shaibu 70, both from Upogoro-eba community, said they felt excited receiving the money to take care of themselves and cater for their well beings.

“We are very grateful to President Buhari for remembering the aged and widow in the rural communities, and we are very happy with the money”, Shaibu said.

A physically challenged female beneficiary, Oke Usman, 30, from Idiche community, told our reporter that she was particularly happy about the introduction of digital payment, saying, ”I can now access my stipend anywhere without stress.

“I thank the president and the governor for considering people living with disabilities, even in the rural communities”.

Aishat Suleiman, 60, and Sikiratu Isiaka, 67, from Orere and Ozi-Ahache communities respectively, expressed their gratitude to the president and prayed God to bless and reward him.

The State Focal Person of NSIP, Mr Abdulkareem Onyekehi, praised the president for his commitment to uplifting the people of Nigeria out of poverty through the social investment programme.

Onyekehi noted that in 2019, the CCT beneficiaries in Kogi were about 11,500 and had progressively grown to 74,111, pointing out the state had the highest number of beneficiaries in Nigeria.

He said the programme had brought development to the people of the state, adding that the payment of the N20,000 to the poor and the vulnerable was ongoing simultaneously across the 21 local government areas (LGAs) of the state.

“It is a good development for us as a people, as a government and the team involved; it has really impacted the lives of the poor and vulnerable people in Kogi”, he said.

He commended Gov. Yahaya Bello for creating the enabling environment and supporting the full implementation of the NSIP in the state.

He noted that the Federal Government was test running 30 per cent of the payment to be digitised, which was being practicalised in Okene, saying, ”you can see that the beneficiaries are very happy with the digitised payment.

“But we are still using cash payment in other LGAs, until we go into full automation and cashless payment.

“The FG decided to introduce the digitised payment to reduce the risk involved in carrying cash about into rural communities”.

He advised the beneficiaries to take good advantage of the programme and make good use of the money to do something meaningful for themselves.

Abdulrasaq said that with digitised payment, the beneficiaries would easily have access to their stipend anywhere they are without stress of queuing and waiting in the sun.

She explained that some beneficiaries who were pregnant, lactating women or have children between zero to five years at the time of capturing were categorised under ‘Top-Up’ households.

She added that the top-up households were being paid N30,000 instead of N20,000, to alleviate their burdens.

“The programme is to enable us to lift these women out of poverty; we don’t want to leave them the way we met them at the beginning of this programme.

“We have built their confidence, introduced them to banking sector and form themselves into cooperative groups and save their money in the bank or with one another.

“As a result of the programme, a lot of them have acquired assets such as grinding machines, as well as canoes which they now use to transport their goods in the riverine areas”, she said.